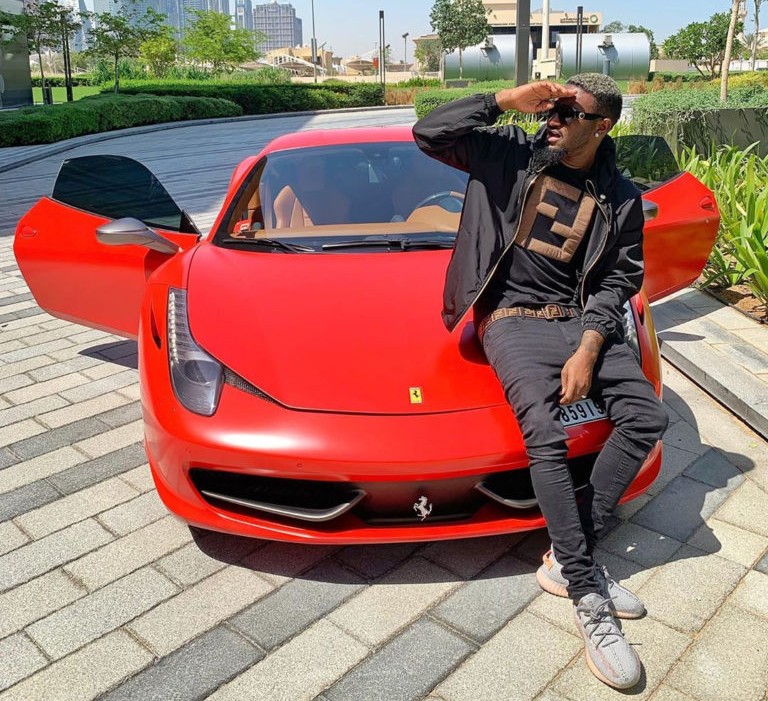 Nigerian pop star, Adewale Adebayo a.k.a B Naira has acquired a multi-million naira Ferrari and released a new album “Fall on Me”.

The Entrepreneur/Musician disclosed this on his Instagram page @bnaira, where he would not hide his excitement.

He said “I feel very honoured to be joining the Ferrari family and becoming a part of the most prestigious team in the history of Formula One. #mynewrarri #ferrari #sellfastpayfast, @selfastpayfast,”

The budding Nigerian singer and top notch bitcoin broker is certainly having a swell time as he reaps the fruit of good labour and hard work.

It has been revealed that the singer was slowing down in attaining success for himself, but with this exotic whip, the singer has made a great achievement.

With the new song he just dropped, the musician said the new single, “Fall on me”, is a song that aims to inspire hustlers.

The lyric of the song “Fall on Me” focuses on the many good things that brings excitement and pleasure.

B Naira, who has won numerous awards including the Best Yoruba Actor at the 17th African Film Awards popularly known as Afro Hollywood, contributed to the entertainment industry.

Tiwa Savage is among artists that acquired Ferrari recently.