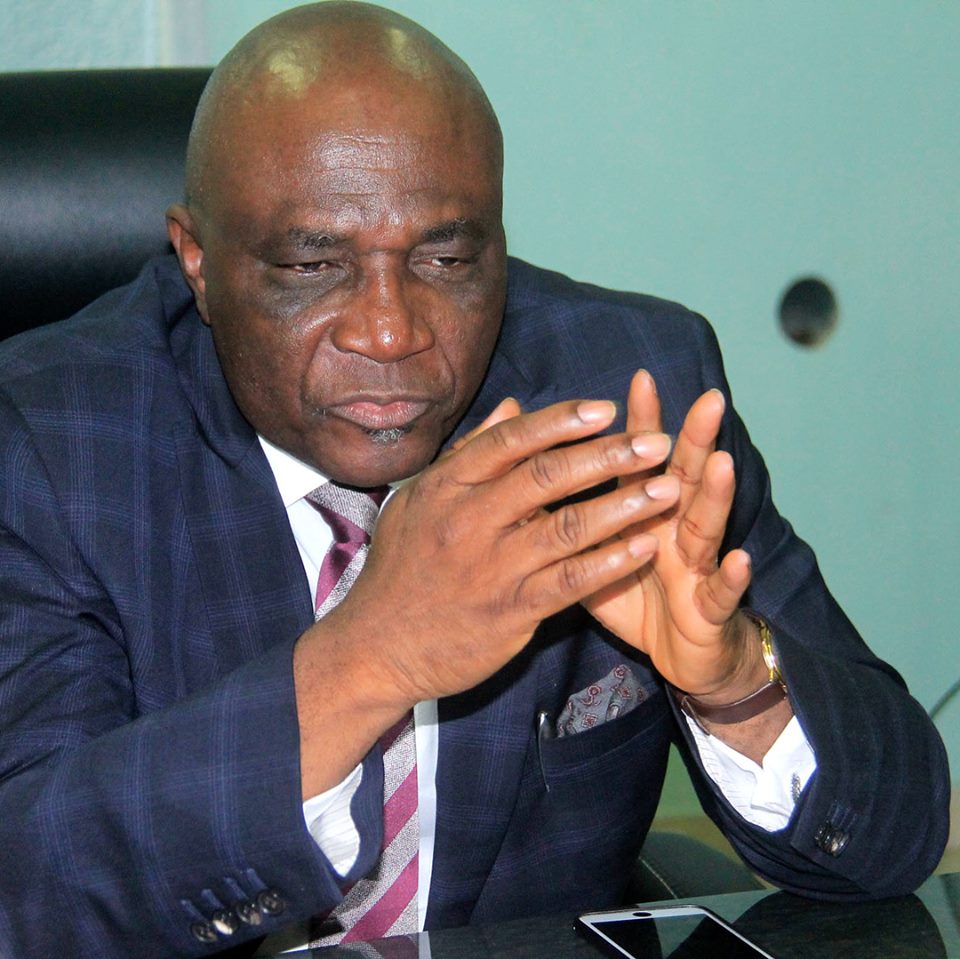 Battling to defend his integrity against allegations of fraud by some unions in the News Agency of Nigeria (NAN), the Managing Director, Bayo Onanuga, on Monday stated that he remained in charge of the agency until President Muhammadu Buhari decides otherwise.

According to a notice issued to all employees of the agency on Monday, May 27, 2019, Mr. Onanuga said: “This is to inform all staff and management that I have returned to office.I shall remain in charge of the agency until the Federal Government and President Muhammadu Buhari, my employers, rule otherwise’’. He added that his tenure remains intact, while asking for the cooperation of the staff.

Onanuga had earlier denied the fraud allegations in a letter to the Minister of Information and Culture, Lai Mohammed, on Sunday, Mr Onanuga, where he said he is ready to face the Economic and Financial Crimes Commission (EFCC) or Independent Corrupt Practices and other related Offences Commission (ICPC) over the petition.
The petitioners, written by an association, NAN Joint Union, levelled sundry allegations against Onanuga, including diversion of fund from the agency to his personal use. But Mr Onanuga dismissed the petitioners as faceless.

In his response to the petition, Onanuga, expressed disappointment at the allegations, describing them as an illegal creation in the agency. “More shocking was the description of my tenure by the signatories to the letter as ‘the worst’ and I ‘the most corrupt manager in the history of the agency”. The descriptions, he noted, are ‘’the most uncharitable, most wicked about my three-year tenure’’.

“I met the agency almost comatose and I ran it with financial prudence, denying myself and my office of my entitlements, brutally cutting costs, all to ensure that it survives and fulfils the mandate for which it was set up 43 years ago’’, he added. “I recall my first day in NAN Headquarters on 25 MAY 2016. I was surprised when the lights were switched off at 10.am. I was told power supply would return at 2pm. I learnt this had been the practice for some years, because the agency did not have money to buy diesel. I found this strange in a news agency that ought to run with 24hour power supply. I provided N250,000 of my own money to the Technical Department to buy diesel and decreed that on no account must the agency be in darkness from 8am till 8pm daily. This was sustained all through my three years’’.

“I embarked on cost-cutting measures, cutting allowances for the MD and other managers. I suspended burial and marriage grants later ruled as illegal by the Federal Government. I slashed the N200,000 imprest meant for my office to N50,000. I declined collecting DTA due to me when I made official trips to Lagos. The imprest was paid irregularly, even after the vast reduction from the N200,000 officially earmarked, thus making me spend personal funds for official duties. I regularly joked I must be NAN’s most austere CEO. Still as part of cost saving, I sometimes elected to travel economy class on few occasions I went on foreign trips, the latest being a fact-finding mission to Abidjan about the agency’s property.”

The Managing Director, however, described one of the petitioners, Idris Bala, as a non-existing NAN staff. Onanuga, who was the Managing Director of Lagos-based PMNews and The News until his appointment in 2016 to head NAN, said he met the agency almost comatose but has run it with financial prudence. “In all, I see the petitions as an attempt to rubbish the good work I have done in the agency. I am ready for a probe. The EFCC or ICPC should be invited to check the records. Since I assumed duty as Managing Director, I have never dipped my hands into the Agency’s coffers. I have demonstrated financial discipline by reducing waste, all because I believe the agency must survive first to fulfil its core business of news gathering and distribution’’.

“All the past three years, the unions have never accused me of financial impropriety. It is painful that at the end of my tenure, they suddenly cooked up the malicious and actionable allegations. All records are available to support my submission and I hope the signatories to the petition will be ready to defend their libellous allegations,” Mr Onanuga stated. “The lies are designed to block my re-appointment. I wish them good luck. I believe the petitioners are afraid of impending reforms in the Agency and are doing everything possible to thwart efforts to make NAN compete favourably with its peers,” he added.

Onauga pointed out that it is wicked to accuse him of diverting the income to his personal use. “One of the signatories to the petition, Suleman failed the last promotion exam. ‘’He wanted me to promote him, nevertheless. I refused. He now wants a pound of flesh. As far as I know, all those who passed the tests were promoted. We also promoted those who fell on the borderline. Allegation of intimidation is baseless’’.