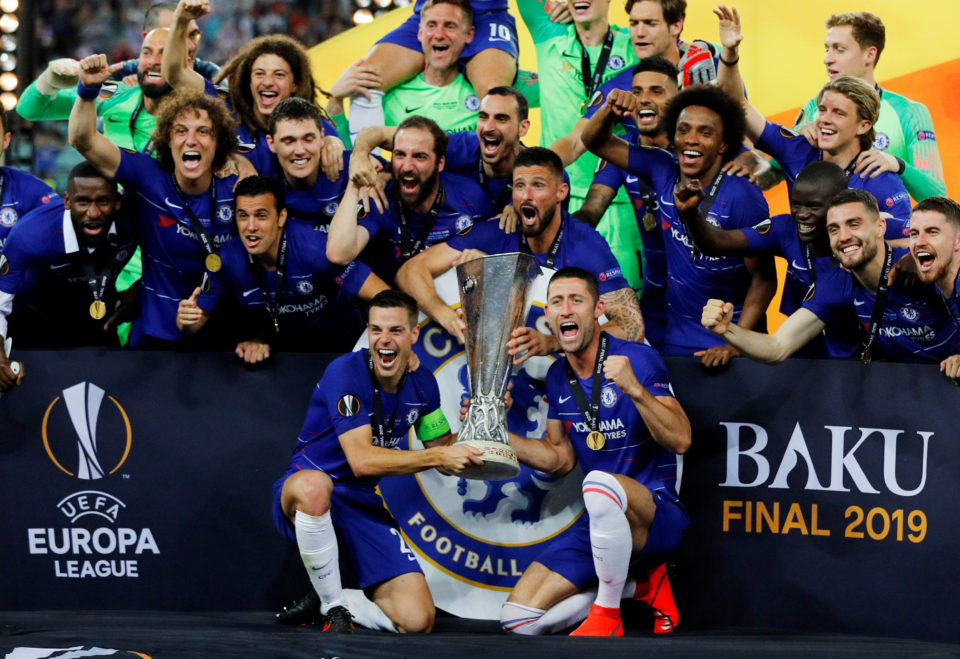 Eden Hazard scored twice and then admitted it was his parting gift as the Belgian’s brace helped Chelsea sweep away Arsenal to win 4-1 in the Europa League final in Baku Olympic Stadium, Baku, Azerbaijan.

Olivier Giroud opened the scoreline 49th-minute of the game against his old club.

Hazard then set up Pedro Rodriguez for Chelsea’s second before grabbing a double of his own – including a penalty – either side of Alex Iwobi’s consolation for Arsenal.

The Belgian is widely expected to leave Chelsea for Real Madrid after seven years in England, said, “I think it is a goodbye, but in football, you never know.”

“My dream was to play in the Premier League and I have done that for one of the biggest clubs so maybe now it is the time for a new challenge”, the 28-year-old added.

It is his, and Chelsea’s, second Europa League this decade, while it is Maurizio Sarri’s first major trophy as a coach.

“I am really very happy but the trophy is very important for the club,” Sarri said.

“In the Europa League we played 15 matches, won 12 and drew three, so I think we deserved to win it.”

Chelsea will be back in the Champions League next season, but there will be no return to Europe’s top table for Arsenal. Unai Emery’s side had to win here to qualify, yet they were not good enough on a bizarre night.

Emery was hoping to win this competition for the fourth time. However, he will get another chance next season, but for now, Arsenal’s 25-year wait to bring back a European trophy to north London goes on.

“We tried and we worked but Chelsea were better than us and congratulations to them,” Emery said.

Chelsea will remember their evening with fondness, as will Sarri, who 24 hours earlier had stolen the headlines when he angrily stormed off the pitch here during a training session in front of the television cameras.

“Sarri is a great guy, a great coach and he deserves this,” said David Luiz of his coach.

I think this is a goodbye, Hazard says