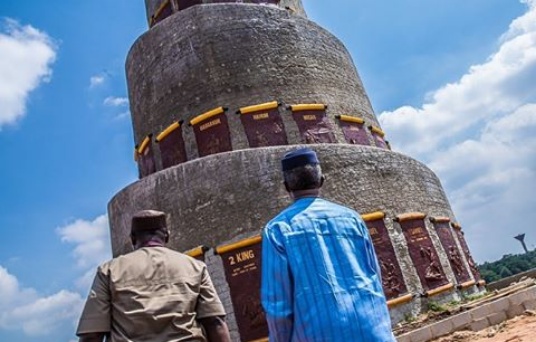 Barely 24hrs after his inauguration Gov. Emeka Ihedioha of Imo has commended demolition of monuments in the capital city of Owerri.

It was reported that the demolition started on Thursday with the Akachi tower, a monument built by the immediate past administration of Mr Rochas Okorocha and commissioned by the Vice president Yemi Osinbajo on May 17.

The tower which had the symbol of a hand on its zenith was erected on a dumpsite which was reclaimed by the Okorocha administration.

Sitting on a large expanse of land along the Owerri – Aba road, the monument had been a major attraction for visitors coming into the state from Aba.

Armed security men provided cover for the personnel involved in the demolition as caterpillars were seen bringing down the structures.