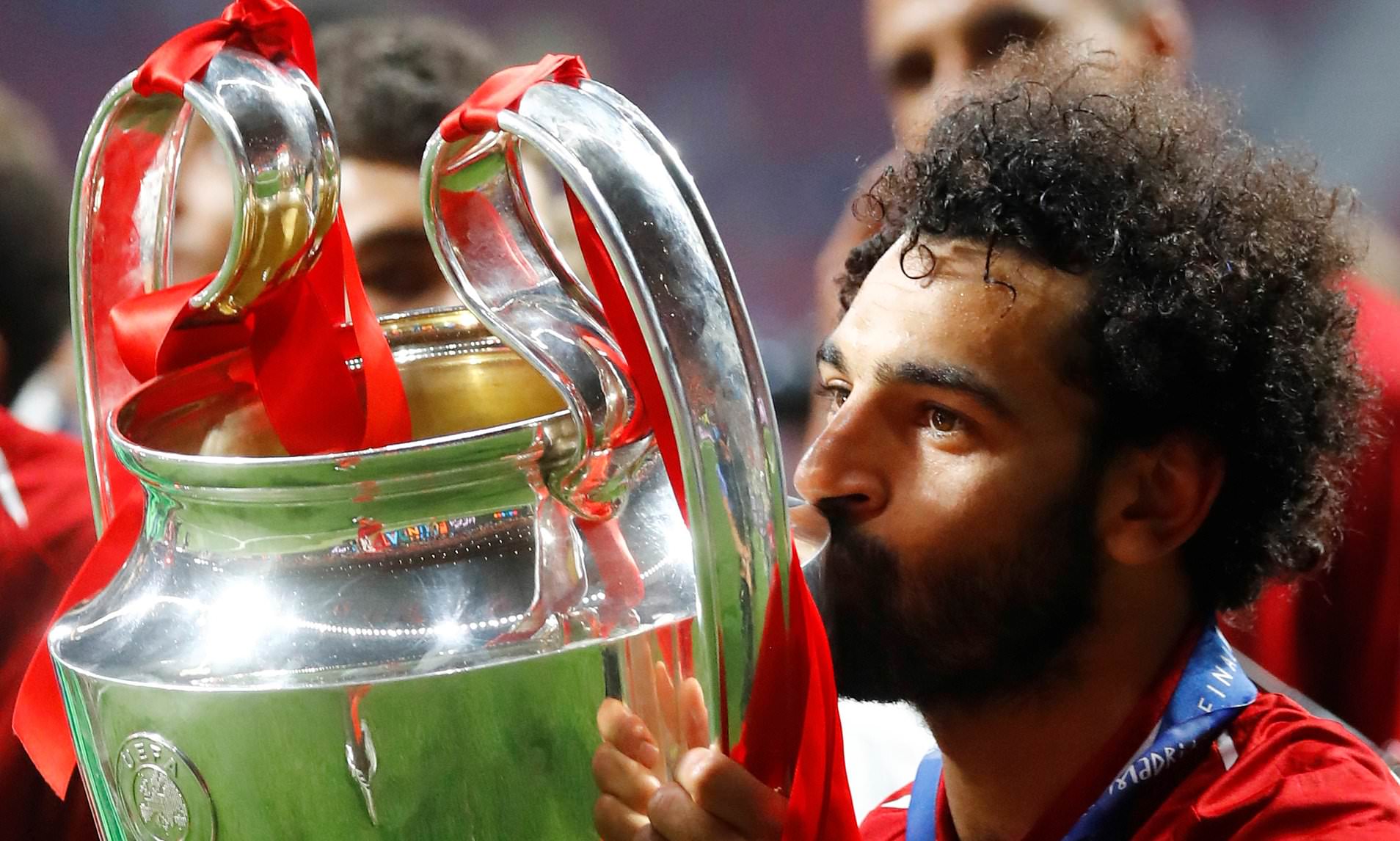 Mohamed Salah was off injured within 30 minutes of last year’s Champions League final but celebrating inside two minutes of this one.

The last props of the opening ceremony were not even down the tunnel when Salah lashed his penalty past Hugo Lloris before lingering to show his joy in front of the Tottenham fans, long after his teammates had trundled away.

Liverpool FC celebrating their against Spurs in the 2018-2019 Champions League finals on Saturday….

Salah has history with Spurs supporters, largely on account of being the main threat to Harry Kane winning the Golden Boot in recent seasons, but perhaps there was more to why he wanted to hang on the moment.

After all, it was on this stage last year, with club football’s biggest prize in sight, that Salah saw his final ended early by a tug from Sergio Ramos and a tumble on his shoulder.

“Of course it was a big moment in the game,” Jurgen Klopp said last year. “It was like wrestling. The shock of the boys was obvious.”

Taken off after half an hour, Salah lay in hospital, helpless while Liverpool were beaten 3-1 by Real Madrid and then he struggled at the World Cup, lacking sharpness as Egypt were knocked out without a victory.

After such a scintillating season, that had seen him win the Premier League’s Player of the Year and win the Golden Boot, Salah was denied the chance, twice, to show his best on the biggest stage.

He has been less explosive in recent months, perhaps because opponents are warier, or perhaps just because sustaining those levels of performance was always going to be a tall order.

But in many ways this final became Salah’s final, as soon as Moussa Sissoko thrust his arm out to point to a teammate and Sadio Mane’s cross struck him after 23 seconds.

At the end, as Liverpool’s fans behind him roared, plumes of red filling the air, Salah arched his neck back and looked to the sky.