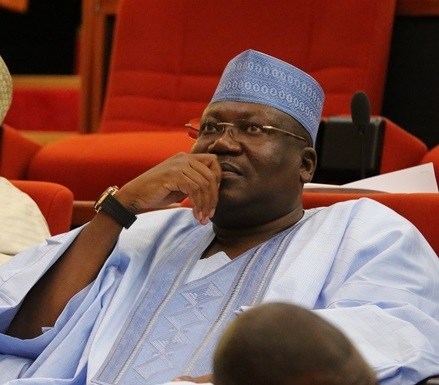 A group acting under the aegis of Initiative for Leadership Development and Change (ILDC) has called on members of ninth Assembly to elect Sen. Ahmed Lawan as the President of the Senate to fast track national development.

The group on Saturday said a vote for Lawan as Senate President would be a vote for a harmonious relationships between the Legislature and Rxecutive for progressive Nigeria.

Chief Ugochukwu Nnam, the President of the group, told our reporter that the acrimonious relations between the 8th Senate and the Presidency impeded administrative progress in the country.

He described Sen. Lawan as a confident and experienced Senator who had the same vision with President Muhammadu Buhari for the country.

“Sen. Lawan is not just qualified for the job but well prepared since 2015.

“I plead on behalf of Nigerians to the senators to vote for him for a greater and progressive Nigeria,” Nnam said.

He said that Lawan’s loyalty to his political party in spite of all was a display of maturity and good party man.

The ILDC leader also urged Sen. Ali Ndume to emulate Sen. Danjuma Goje to step down for Sen. Lawan, which he said was for the sake of Nigeria.

According to him, political grandstanding cannot take us any where but loyalty and ideology.

Nnam, who called on Nigerians to support the candidacy of Lawan, also noted that he (Lawan) was key to speedy passage of people oriented bills.

NAN reports that President Buhari would inaugurate the 9th Assembly on June 11 at the National Assembly complex, Abuja.