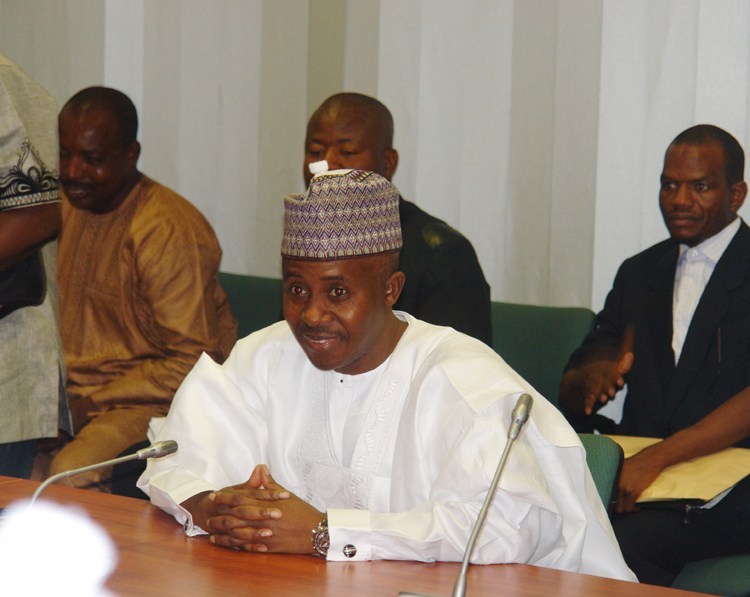 The former Chairman of the House of Representatives Ad hoc Committee on Fuel Subsidy Regime, Farouk Lawan, facing alleged $3million fuel subsidy bribe, on Monday hinted that he would file a no-case submission in an FCT High Court, Apo.

The former lawmaker, who represented Bagwai/Shanono Federal Constituency of Kano State between 1999 and 2015, was alleged to have demanded the sum of $3million from the Chairman/Chief Executive Officer (CEO) of Zenon Petroleum and Gas Limited, Mr Femi Otedola.

He was alleged to have collected $620,000 out of the amount with a view to removing Otedola company’s name from the list of firms indicted by the ad hoc committee for allegedly abusing the fuel subsidy regime in 2012.

At the resumed hearing on Monday, following prosecution counsel, Chief Adegboye Awomolo, SAN, informing the court that it was closing its case, the counsel to Lawan, Chief Mike Ozekhome (SAN) said that the defendant was making a no-case submission.

Justice Otaluka, therefore adjourned the case until Sept. 24 for the adoption of addresses by parties on the no-case submission.

Meanwhile, Chairman/Chief Executive Officer (CEO) of Zenon Oil and Gas Limited, Femi Otedola, told the court that the $620,000 he handed over to Lawan in an envelope as shown in a video played in the open court was given to him by the Department of State Security (DSS).

Otedola stated this while being cross examined by Ozekhome, adding that the alleged bribe was given to the defendant in a sting operation.

However, he said that the DSS did not catch Lawan red handed as of the time of collecting the money from him (Otedola).

The witness further told the court that going by the video shown in the court, Lawan did not remove his cap and stuff it with dollars.

According to him, Lawan demanded for a bribe of $3million out of which he handed over the sum of $620,000 to him.

Otedola told the court that he knew Phillip Akinola, who he said was the Chief Operating Officer of Zenon Oil and Gas Limited, but was not aware that Akinola wrote a letter to Lawan, informing him that Zenon supplied petroleum to Forte Oil on carefully agreed terms.

The letter was tendered by Ozekhome as exhibit and was admitted after argument and counter-argument on its admissibility subject to the production of receipt of payment of necessary fees at the next adjourned date.

APC prays tribunal to strike out PDP, Atiku’s petition on account of non-citizenship