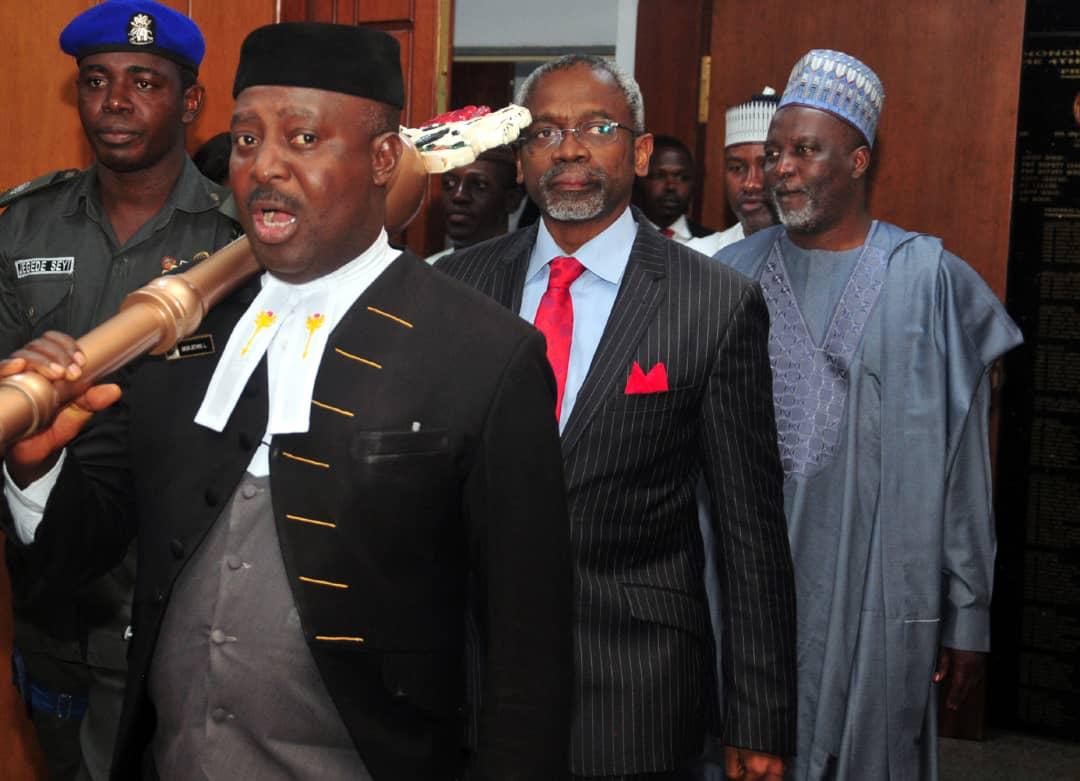 The 9th House of Assembly on Thursday held its first plenary after members were inaugurated on Tuesday, June 11, 2019.

The oath of office was administered by the Clerk of the house, Mr Patrick Giwa at plenary in Abuja.

The swearing-in was delayed for about 8 minutes as the microphone attached to the seat of the speaker was malfunctioning.

Gbajabiamila ordered the clerk to delegate some members of staff to check the entire sound system daily before commencement of plenary.

He also mandated that the clerk to notify the President, the Senate and the Secretary to the Federal Government of the Nigeria that the house had elected Rep. Femi Gbajabiamila and Rep. Idris Wase as presiding officers and could now receive communications.

The house at its maiden plenary entertained two motion of Urgent Public Importance bothering on security and environmental hazards.

Rep. Muraina Ajibola (PDP-Oyo) moved a motion on the need to address the spate of killing and kidnapping across country.

Members unanimously voted in favour of the motions and Gbajabiamila ruled that the resolutions be forwarded to relevant agencies for implementation.