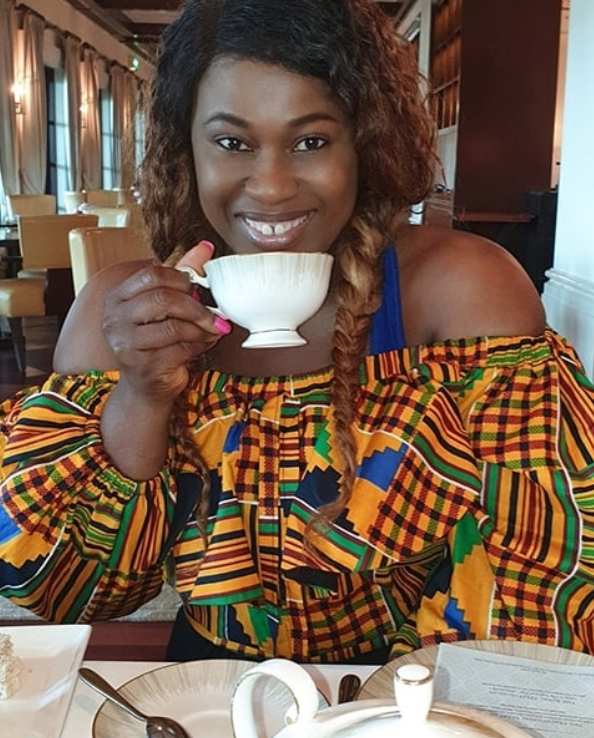 They spoke at the third edition of the “Let’s Stand Tall” programme organised by Divas Dynasty to educate young girls and celebrate successful women.

Jombo charged the teenagers to acquire education, as this was a veritable tool to building any career in life.

“Education is the starting point for any career you wish to venture into in life, be it acting or anything .

“I studied Mathematics Statistics but today I am an actress because that is what I have passion for, so even when you have passion for something, still equip yourself academically,” she said.

According to her, young girls must also celebrate being a woman and never see their gender as an obstacle to becoming anything, because being a woman does not limit achievements in life.

She, however, lauded the female students to be wary of the negative influence of social media and ‘ unfollow’ anyone who kills their self esteem or does not inspire them positively.

Bimbo Akinsanya, an on- Air Personality and Founder, Learn Hard Africa, urged the young girls to focus on their focus in life to actually become the `Focus ‘.

Akinsanya said female students must improve on their self esteem and focus on succeeding in life, irrespective of the situation or environment they found themselves .

“Standing Tall, involves doing things differently and you must be determined to Focus on your Focus, to actually become the focus .

” Life is a process, so stop comparing yourself to others, rather work towards your goal and if it will cost you to change your friends, please do so, ” she said.

“Walk away from addictive substances, unfortunately, women escalate to addiction faster than men and drug predisposes one to lung related diseases, depression, overdose death, among others.

Also, Julie Mogbo, a Family Health Consultant, urged the teenagers to consider a relationship that respects their person, keeps them sane and motivates them before choosing to be friends with the fellow.

Matthew Femi-Adedoyin, an Addiction Recovery Therapist, said unrefined minds were the biggest threat confronting the society, as the mind was the greatest tool and sex organ.

Femi-Adedoyin urged the young girls to avoid any distraction, as the kind of people they associate with determines how far they go and the problem they are able to solve in life .

“You need someone to believe, something to become, you need to believe in something, belong to somewhere, either a group of friends, family or community and you need responsibility and freedom to help you grow in life, ” he said.

In her remarks, Ngozi Ijimakinwa, Convener of the event, said the programme was organised to empower secondary school girls and mentor them into change agents in the society.

“As an Alumni of LEAP Africa, an integrity society, I was taught the power of change, which preaches that if I am changed, my society will change and that is what Divas Dynasty is geared to achieve,” she said.

According to her ,over 700 students have been mentored in the programme since its first edition.

Ijimakinwa appealed for sponsorship from well meaning Nigerians and organisations, towards driving a course for nurturing sound minds and building a better society.

Janet Abah, an SS2 student of CMS Girls Grammar School, Bariga, Lagos, said the initiative was interactive and described it as a life changer.

Abah said; “following the discussion and experiences shared by the various personalities, she had made up her mind to pursue her dreams and fulfill her destiny in life .