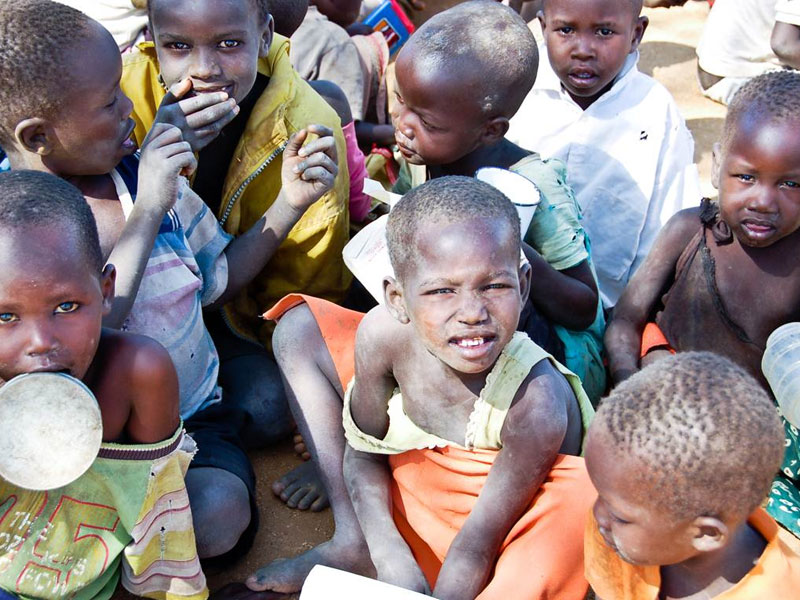 A group, Civil Society-Scaling Nutrition in Nigeria (CS-SUNN) has disclosed that 53 per cent of childhood deaths in Nigeria are underlined by malnutrition related illnesses.

The group made the disclosure in a communique at the end of a three-day workshop in Ilorin, which ended on Friday.

CS-SUNN is a coalition of NGOs and made up of 2000 members across the six geopolitical zones with a vision to transform Nigeria to a food and nutrition secured economy.

The group in the communique presented by Hajia Afusat Baba, the immediate past Commissioner for Women Affairs and Social Development in Kaduna state, said malnutrition menace required urgent and drastic solutions from stakeholders.

According to the group, a couple of responses both at National and Sub-national levels of government, partners and CSOs have been articulated and implemented in addressing the nutrition scourge.

“Malnutrition among women and children is a major challenge to health of most countries, including Nigeria.

“Malnourished children have an increased risk of disability, infections and premature deaths.

“About 53 per cent of childhood deaths in Nigeria is underlined by malnutrition,” the communique said.

The group said that the objective of the workshop was to motivate nutrition champions by showing them current burden and funding gap for nutrition in all project locations.

Others are building capacity of champions on relevant skills required for positive change in the nutrition landscapes of their states as well as developing an action plan that will guide the work of identified nutrition champions.

The group advocated promotion of exclusive breastfeeding for infants and young child feeding coordination and accountability in tackling the menace.

The communique stated that the workshop also resolved that all states champions would develop and implement action plan to improve nutrition status in their states.

“A platform to be created for interaction, experience sharing on progress made among and between state nutrition champions.

“There will be identification and mobilisation of more nutrition champions in our individual states with opportunity for regular training to build their capacity and skills.

“All states should be encouraged to consider establishing state nutrition agencies to coordinate nutrition activities in their states,” the communique said.

The workshop was titled: “A three-day champions workshop on contribution to nutrition funding and visibility in Kano, Lagos, Niger, Nassarawa and Kaduna states.’’