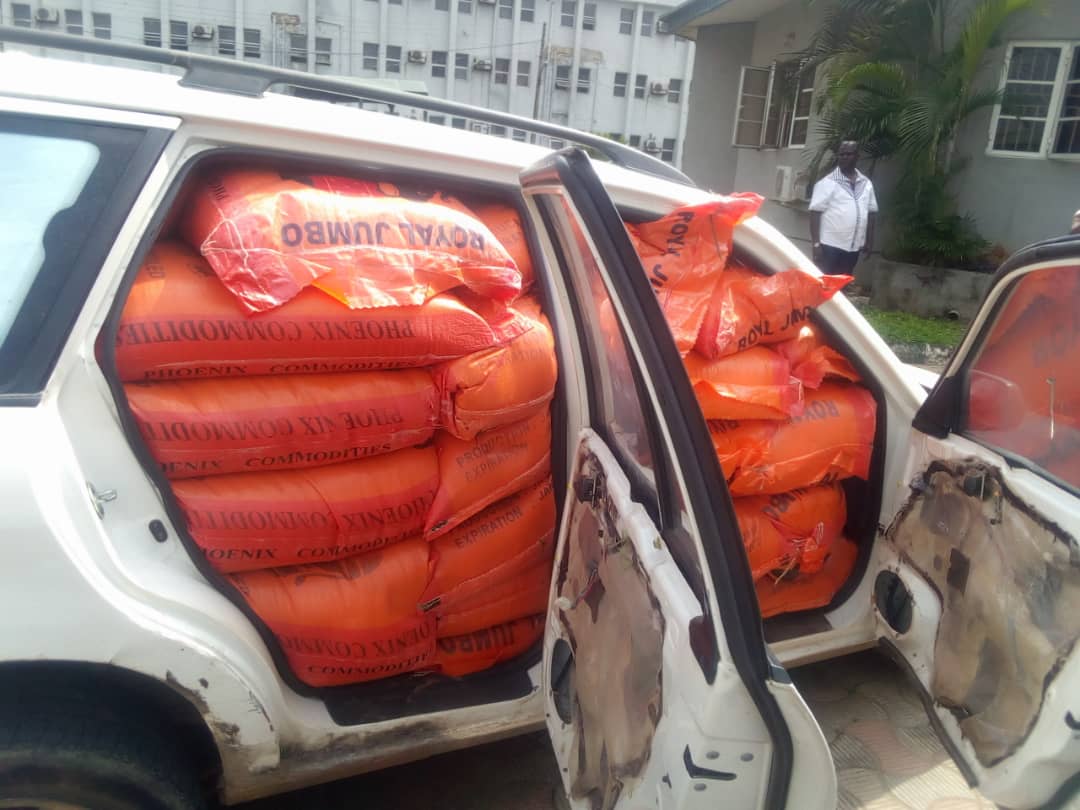 The Comptroller-General of Customs (CGC) Strike Force Zone ‘A’ has intercepted 2,494 bags of 50Kg parboiled rice, 1288 jerrycans of vegetable oil and assorted cars with Duty Paid Value of N47 million in one month.

The Officer in Charge of CGC strike force Zone ‘A’ Deputy Comptroller (DC) Yahaya Biu, made the disclosure to newsmen on Thursday in Lagos.
Biu said the goods were intercepted in various locations in the zone.

“The vehicles were fully loaded with the seizures and parked at customs training college and warehouse in Ikeja earlier on Thursday, June 13, 2019,” he said.

It was reported that the seizures were coming barely a month after DC Biu took over the Zone ‘A’ arm of the CGC strike force.

“Other seized goods include one of the trucks and five hired buses that were fully loaded with rice were intercepted in Igbora area of Oyo axis, while five of the cars loaded with rice commodities were apprehended along Idiroko border axis of Ogun.

“Furthermore, another truck fully loaded with over 1,000 (25 litres) vegetable oil products from Malaysia was apprehended through the vibrant information profiling method of the strike force.

He, however, urged smugglers to engage in legitimate good and save Nigerians from consuming expired smuggled items, adding that failure to comply would lead to seizure.