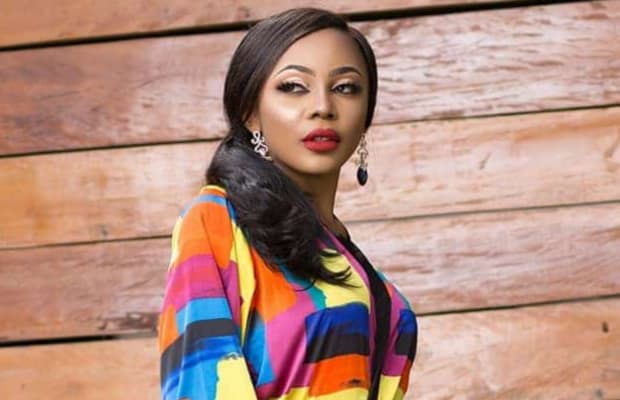 BBNaija season three housemate, Ifu Ennada says her abuser will be exposed when the time is right.

Recall that in 2018, the reality star revealed that she was sexually abused by a popular name in the entertainment industry and was also infected with a Sexually Transmitted Infection (STI).

Speaking with our reporter in Abuja, she explained that she stopped talking about the rape because she did not want to be seen more as a victim than the businesswoman and entertainer that she is.

According to her, the rape inspired her film, ‘Tears of a Broken Virgin’ and she would talk further when she is ready.

She said, “I stopped talking about it because I didn’t want people to see me as just a victim. There is so much to it. I am above that but at the right time, I will expose my abuser. He is even in Abuja.”

On using her platform to help other women overcome the trauma of rape, Ifu Ennada stated that she receives private messages from women and talks to them. She also said that she has spoken at events to help women rise above it.

She said, “I do private consultation with a lot of these women and encourage them the way I can. Also, I speak to young women at events for free to help them become better.

“I hope to do more especially now that I have a new, proper management. I hope to out and help more women.”

Ifu Ennada told our reporter that she has blocked over 2000 people on social media who have trolled or demeaned her as a way to cleanse her space and handle hate.

She said, “I don’t understand why people troll other people. I get a lot of those but I just block. There are times when I actually send a message and try to have a conversation with these people.

“One time someone wrote something really bad on my page and when I messaged her to find out why, she said she just wanted to get my attention. To me, there are better ways to go about it.”

It was reported that Ifu Ennada, who is also a natural hair care ethusaist and businesswoman, has designed a program for young people to earn money as a way of giving back to the society.

Explaining the program, she said, “Based on my experiences with lack, I understand how it feels to be poor.

“So, I have put this program together where young people can retail my hair care products with no capital.

“They just need to sell them and get a commission off each sale. They don’t need to have capital or make a down payment. This way they can fend for themselves and build their own wealth.”

It was reported that Ifu Ennada, was one of the envoys at the just concluded 2019 African Hair Summit where she taught participants the importance of social media for business.

Birdman to produce Hollywood film based on Nigerian immigrants