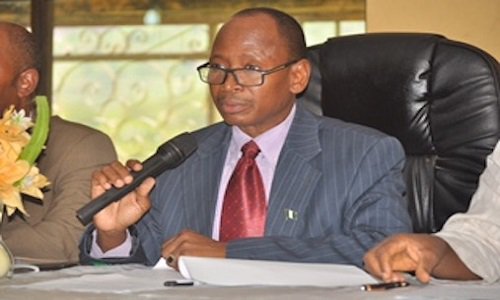 The Federal Government says it has concluded arrangements to enroll all Federal Universities on the Integrated Personnel and Payroll Information System (IPPIS) platform.

The Deputy Director, Press, office of the Accountant-General of the Federation, Mr Henshaw Ogubike made this known in a statement issued on Wednesday in Abuja.

According to Ogubike, the AGF, Mr Ahmed Idris, made the disclosure at the meeting of Vice Chancellors, Registrars and Bursars of Federal Universities.

Idris said that enrolling the Universities on IPPIS platform would promote transparency and accountability in government expenditure and achieve the desired objectives of government in centralising its payroll system.

He said that the centralised payroll for the universities will be prepared by individual universities but co-ordinated by IPPIS while the total management of the human resources will rest squarely with the Universities.

The AGF explained that the IPPIS scheme helps to facilitate easy storage, updating and retrieval of personal record for administrative and pensions processing to aid planning and budgeting.

Idris said that prior to 2015, the total number of Ministries Departments and Agencies on IPPIS was 288 with total staff count of 235,858.

The AGF further said that the cumulative savings achieved on IPPIS platform between 2017 and 2018 was N273.8 billion.

Idris assured the Universities’ heads that the IPPIS was capable of accommodating all its financial peculiarities such as sabbatical, visitation, honorarium and earned allowances.

In the same vein, Idris said the enrollment of Federal Polytechnics was scheduled for early July, 2019.