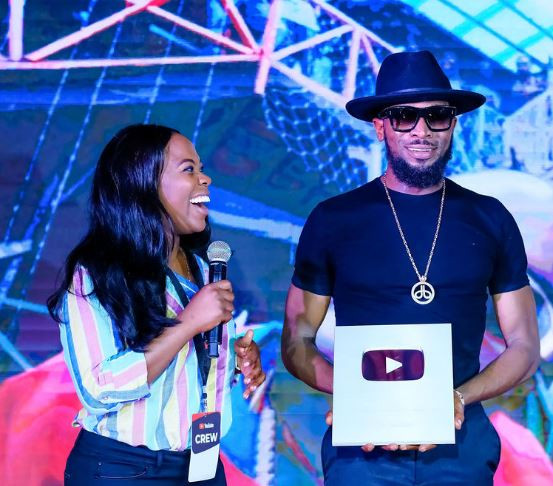 Superstar singer, Daniel Oyebanjo aka D’banj is set to launch a reality show ‘Adventures of a Kokomaster’ on YouTube.

Our correspondent reports that D’banj, who is also known as the ‘Kokomaster’, announced the upcoming show on his Instagram page @iambangalee on Wednesday.

It was reported that the show comes after he was hosted and honoured by YouTube with a silver plague to mark his 100,000 subscribers on the platform.

The musician, entrepreneur and television personality on Monday received a ‘Silver Creator award’ from YouTube and was a panellist at the ‘YouTube Week’.

At the event, D’banj revealed some tips and tricks behind his impact in various sectors of the Nigerian economy through his multiple award-winning music career.

Our correspondent reports that in 2016, he launched the Creative, Reality, Entertainment, Arts and Music (CREAM) platform to support upcoming Nigerian talents.

He revealed that the ‘CREAM’ platform has generated over 15 million dollars and gathered over 3.5 million subscribers since its inception in 2016.

He also won the Best International Act: Africa at the 2011 BET Awards, Best-selling African Artist at the 2014 World Music Awards and Evolution award at the 2015 MTV Africa Music awards.