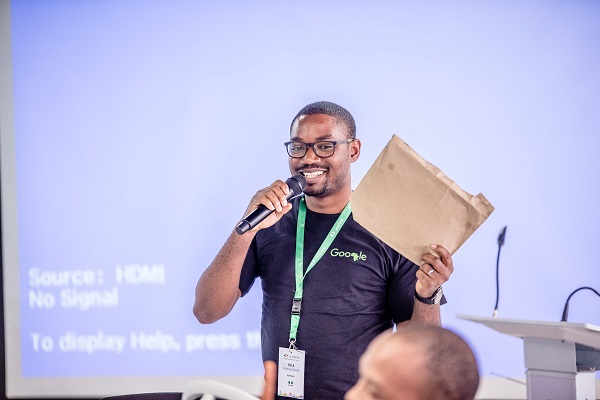 Mr Fola Olatunji-David, Launchpad Accelerator Africa, Head of Startup Success and Services made this known during the graduation in Lagos.

According to him, the startups in this class have raised close to 9 million dollars, created more than 120 jobs and their products and services have over 270, 000 users.

He noted that the 12 startups who graduated had increased the number of startups that had featured in the Google Accelerator programme to 35.

“The growth of entrepreneurship in Africa is critical to the survival of our continent.

“We know that Africa is awash with entrepreneurial potential and if that potential is to be transformed into job creation, startups founded by those entrepreneurs need to grow.

“This programme, which is part of Google’s effort to support entrepreneurship on the continent, is about giving them the best possible chance of achieving that growth.

“The Class 3 comprises 12 startups from six African countries – Egypt, Kenya, Nigeria, Senegal, South Africa and Uganda – 58 per cent of which have female co-founders,” he said.

Olatunji-David said that all the teams that participated in Class 3 had been trained in machine learning technologies and were implementing Artificial Intelligence in their offerings.

He said that the graduating startups now formed part of Google Launchpad Accelerator Africa’s Alumni along with the 23 startups from Classes 1 and 2, who between them had created 385 direct jobs and raised over 9 million dollars before, during and after they participated in the programme.

“We are currently as a region, creating about 3 million jobs per year, while more than 11 million job seekers are entering the market.

“Google believes that empowering entrepreneurs and startups is essential to drive employment growth and enable both economic and social development on the continent.

“Google thrives when other businesses thrive,’’ he said.

He said that Class 4 would kick off later this year and see another 10 to 12 African startups complete the three-month acceleration programme, saying that applications for Class 4 opens on June 21 until July 26.

Also, Mr Wiza Jalakasi of Africa’s Talking, while sharing insight to the startups on way forward, urged them to be focused as the journey would not be a rosy one.

“The journey going forward will not be colourful as it will come with so many mundane things. Just be focused and not be distracted with ecosystem events.

“Spend time and energy on things that are focused on the startups. Get close to your customers to ensure you meet their needs and not behave as the manager on your table.

“As regards competition, do not be bothered about copycats as they pop-up but understand that they should serve as guide, to know when you are falling off the way,” he said.

Dr Ikpeme Neto, a startup and Mr Bayo Asamu of WellaHealth said they were introducing malaria health insurance for Africans.

According to him, AI is used with the cloud to reach people that have mobile phones and that will enhance them reaching millions of people in Africa.

Also, Abasi Ene-Obong and Francis Osifo of the 54Gene, said that their startup was about harnessing Africa genetic centre, to help the quality of health care in Africa.

According to them, the next couple of months would be about execution and to push sales to other markets.