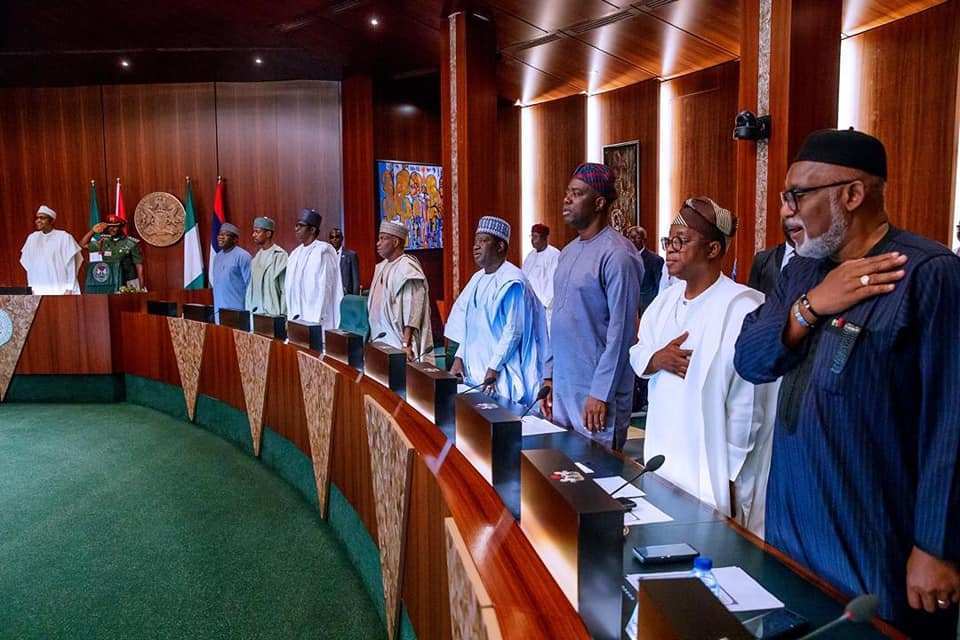 Gov. Ahmadu Fintri of Adamawa announced this when he briefed State House correspondents alongside Governors Rotimi Akeredolu of Ondo and Willie Obiano of Anambra at the end of the Council meeting which was presided over by Vice-President Yemi Osinbajo.

He gave the members of the committee to include the governors of Kaduna, Edo, Jigawa and Ebonyi.

According to him, the committee is expected to meet with relevant federal government officials for the reconciliation.

He revealed that the Permanent Secretary of the Ministry of Finance updated the Council on the balance of the excess crude account as of June 19, 2019 which he said was 144, 01 million dollars.

“Also update on the Stabilisation Fund Account was presented to the Council and as at today the balance at the stabilisation account stood at N17.67billion.

In his contribution, Gov. Akeredolu revealed that President Buhari inaugurated the Council where he charged the members to promote projects that would ensure speedy economic growth and development across the country.

“Mr President in his inaugural speech charged the Council among others to pay particular attention to the issue of security, agriculture, education and health.

Mr President charged the Council to bring forward key resolutions that would move the country forward and enhance better security in the nation.

“He told the governors that the federal government would assist the states to access foreign assistances for basic education.

“Buhari implored the states to find ways to improve economic conditions of the poor, take agriculture and health seriously in order to better the lots of the citizens,’’ he said.