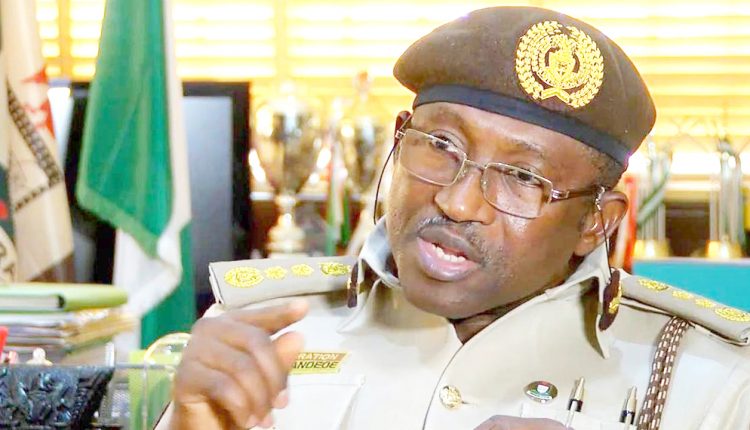 The Comptroller-General of Nigeria Immigration Service (NIS), Mr Muhammad Babandede has warned personnel of the service against corruption and sharp practices.

Babandede gave the warning in a statement signed by NIS Public Relations Officer, Mr Sunday James in Abuja, on Saturday.

James quoted the CG to have given the caution while addressing officers and men of all the NIS’ formations under Zone A, Lagos during an interactive session.

He urged them to avoid aiding and abetting service seekers in the procurement of breeder documents for NIS facilities.

Breeder documents are used for access to other forms of legitimate identification for the purpose of establishing a false identity.

Babandede noted that doing so was culpable by the Immigration Act 2015.

He also called on the officers to comply with the Executive Order 01 on Transparency and Ease of Doing Business in the country.

The CG further said that NIS as an elite service must contribute its quota to the economic development of the country through facilitation of corrupt-free atmosphere for Direct Foreign Investment.

He further stated that officers must change their attitude towards service delivery as President Muhmmadu Buhari’s Government had provided enabling environment for the service to discharge its responsibilities without hindrance.

“Hence, service must imbibe the principle of “Hostmanship” which enjoins service providers to treat customers as their guests.

“He encouraged the officers to take advantage of facilities provided by the Service to build their capacity especially on ICT because the service would soon start conducting e-base Promotion Exercise.