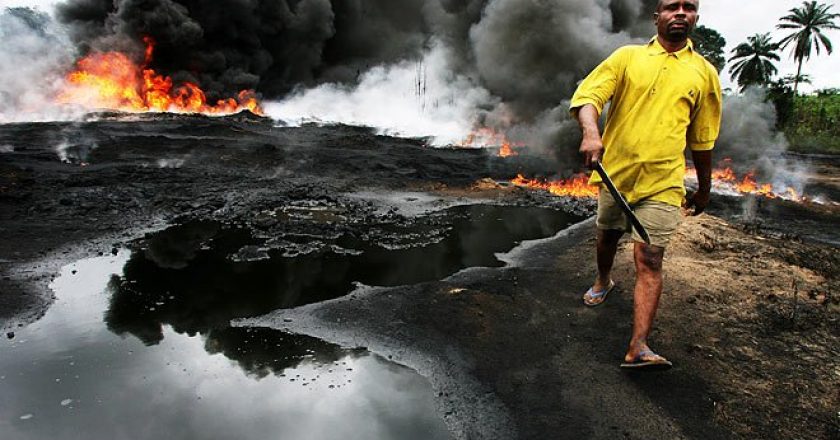 The leaders of the three communities hosting OML-25 facility in Rivers on Tuesday insisted that they did not want the Shell Petroleum Development Company (SPDC) in their communities again.

The host communities are Belema, Offoin-Ama and Ngeje all in Akuku-Toru Local Government Area (LGA) of the state

Chief Fiala Okoye-Davies, Secretary to Belema Community made the assertion on behalf of the host communities at a news conference in Port Harcourt on Tuesday.

Okoye-Davies alleged that the SPDC were partnering with Secretaries to the Rivers Government, Dr Tammy Danagogo and Mr Rowland Sekibo of Akuku-Toru LGA to invade the communities with hired thugs.

“We remain resolute, we remain united and committed to the dream of economic liberalisation, education of our youth and emancipation from the shackles of the slave master.

“SPDC has destroyed all our aquatic livelihoods with their oil pollution and wanting to sell their assets to hand it over to an unknown new slave master.

“We don’t know why this renewed pressure and interest between SPDC and the Rivers Government to forcefully invade our land; we don’t want SPDC anymore in our land,’’ he said.

According Okoye-Davies, SPDC aborted all peace process initiated by the NNPC as they refused to take NNPC peace-based advice to structure a sustainable understanding with the host communities.

“And it is our view that this type of peace talk is on the exclusive list of the Federal Government and NNPC should be allowed to complete the process it started,’’ he added.

Okoye-Davies claimed that the Rivers government invited them to a meeting on June 25, at the Presidential Hotel but was later told the venue had been changed to Government House.

“As host communities, we rejected the change of meeting venue and wanted subsequent meetings concerning OML-25 issues to hold at Belema community, after a joint inspection by the host communities, SPDC, PANDEF, Federal Government, its agencies and Rivers Government,’’ he said.

“We have been under aggressive attacks after the 2019 elections because the state government’s believe that we didn’t vote for the Peoples Democratic Party (PDP),’’ he alleged.