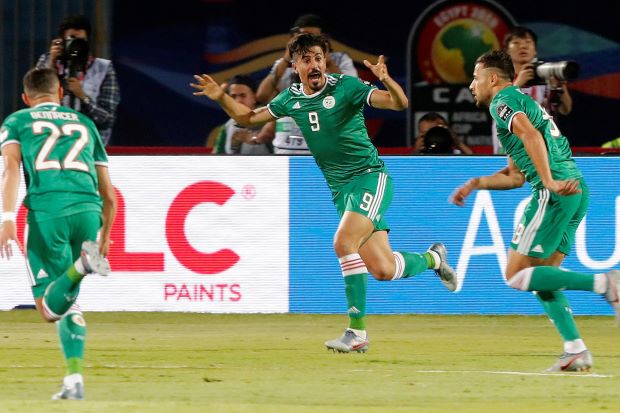 Forward Youcef Belaili struck early in the second half as Algeria edged Senegal 1-0 in a physical game at the Africa Cup of Nations on Thursday, virtually ensuring the Desert Foxes a place in the last 16.

Belaili drove his shot through the Senegal defence, leaving goalkeeper Eduaord Mendy unsighted, four minutes into the second half of a tense Group C match.

Senegal made a bright start but, apart from the first 20 minutes, were pushed out of their stride by their opponents and Sadio Mane made little impact as he made his first appearance in the tournament.

Algeria top the group with six points from two games while Senegal have three. Kenya and Tanzania, both without a point after their opening games play later on Thursday.