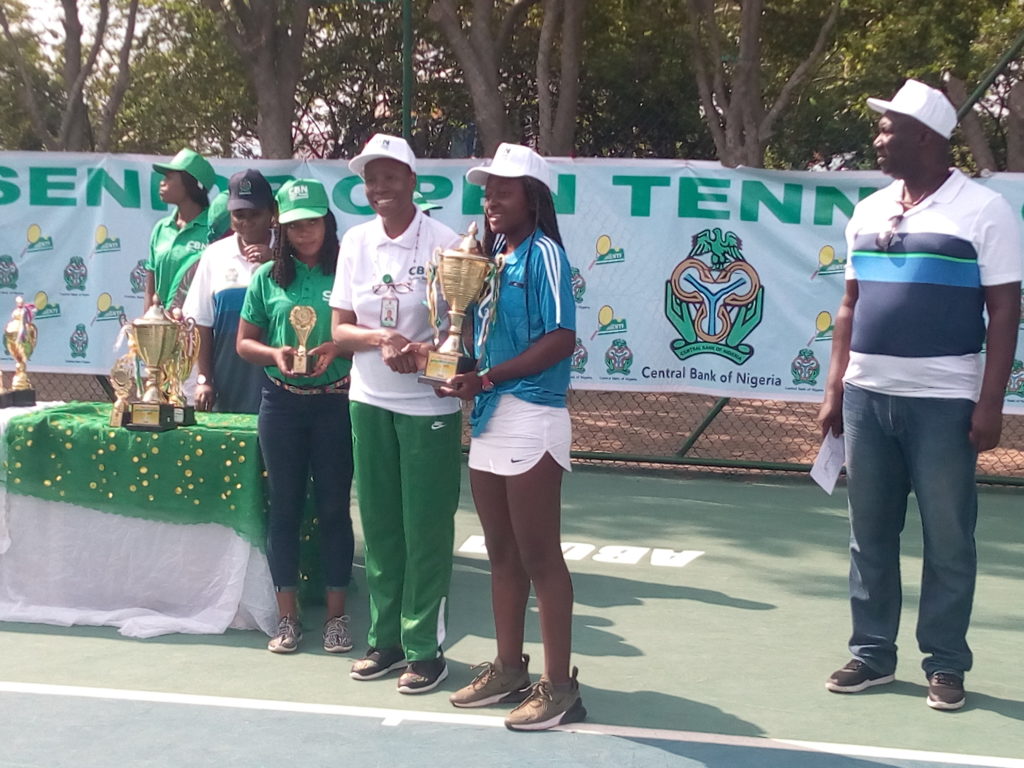 Sixteen-year-old Oyinlomo Quadre, winner of the 2019 Central Bank of Nigeria (CBN) Senior Tennis Open Championship, on Sunday in Abuja said her participation in the competition was a coincidence.

Quadre, who entered the event as a wildcard, told our reporter that she did not plan to play at the CBN Senior Tennis Championship.

She said that was what has now made her winning the title “extra-special”.

“I actually didn’t have any plans to play at the CBN tournament this year, but it happened because it coincided with my summer holidays.

“I hope I will be able to play the next tournament I’ll play in Nigeria with the same intensity. Hopefully, I’ll win this tournament again.

“I will return to Morocco in three weeks time. If there is a tournament before then, I’ll also play before leaving,” the player said.

Quadre was at her devastating best throughout the event and tore apart top seeds and veterans at ease in the competition.

And in the women’s final on Saturday in Abuja, she made light work of her contest with 37-year-old Christie Agugbom, dealing her a devastating 6-1 6-0 blow.

Quadre, who is currently sharpening her tennis skills at the High Performance Centre at Casablanca in Morocco, however admitted that she might have had a slight advantage over her home-based opponents.

“I am very happy to have won this tournament. I can’t say it is easy because I was fighting for every match but without sounding immodest, I deserve it.

“Maybe I have a slight advantage because I don’t know other players’ training schedule or what they did but I put in 100 per cent in every practice.

“In fairness, in terms of being competitive, I may have had an edge. I play more tournaments than other players do.

“This is the first tournament in the circuit this year and I’ve played many tournaments already this year. Maybe it’s an advantage, but I believe hard work is most important,” she said.

Quadre was however excited that Nigeria’s next generation of good tennis players were beginning to emerge.

“There are some junior players coming through now. Apart from me, there is Jumai and there is Omolayo, who got to the quarter-finals.

“Tennis improves each time I return home because any time I come back, there is an improvement in the players I see and play,” she said.