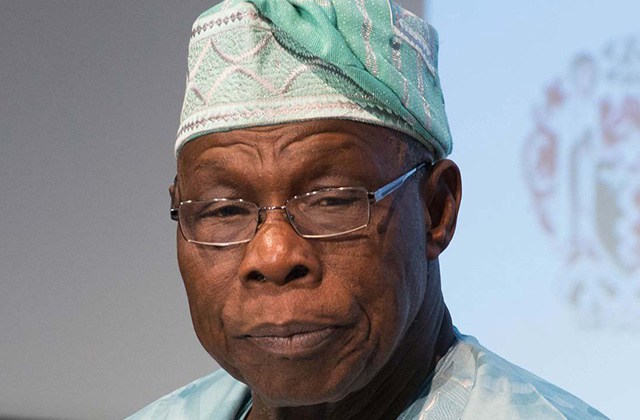 Former President Olusegun Obasanjo has called on medical practitioners in the country to take into consideration their patients’ plight before embarking on strike.

Obasanjo made the appeal at the opening ceremony of the National Association of Government General Medical and Dental Practitioners (NAGGMD) National Executive Council meeting in Abeokuta.

A statement issued by the Special Assistant on Media to the former president Kehinde Akinyemi, on Friday, said Obasanjo, who was the Father of the Day at the occasion, urged the practitioners to take patients’ condition more paramount in their quest for better welfare.

“A major issue that I always want to talk about whenever I am in your midst, which I told you when you came visiting is the issue of going on strike anytime you want to show your displeasure particularly, government doctors.

“My position is that since the care for your patient is a major ethical issue of your profession, abandoning them to go on strike is even more unethical.

“You should rather fashion another way to show your displeasure and not doing so at the expense of your patients,” Obasanjo said.

The former president also called for the resuscitation of the old central medical store system in order to boost availability of drugs in the country.

“We used to have something like that in the past during the Western region. I don’t know whether we still have it.

“If we don’t, maybe this is time to return to it or have something near it, which will bring efficiency and affordability to our drug chain system,”he said.

The Secretary to the Ogun Government, Mr Tokunbo Talabi, who represented Gov. Dapo Abiodun, corroborated Obasanjo as he called for caution on industrial actions.

“I want you to look into what Baba Obasanjo has said on this issue of strike. You can get alternative for taxi drivers if they decide to go on strike, yes, we have Okada drivers, but, this is not so for you.

“God made you so special to save lives and you should live up to the expectation. We can devise other ways to save these lives, it is very important,” Talabi said.

The Ogun Chairman of NAGGMD, Dr Olufemi Odusote, in his address of welcome, said the theme for the 2019 NEC meeting, “The Importance of Supply Chain Management in Health Care System Straightening,” is very important in the face of health challenges.

These challenges, according to him , included manpower, brain drain and general welfare of members and security challenges had made doctors vulnerable.

He, however, expressed optimism that with all hands on deck, the nation would definitely get solutions to the challenges confronting the body.

UNICEF expresses worry over malnutrition threat in Borno, Yobe, others