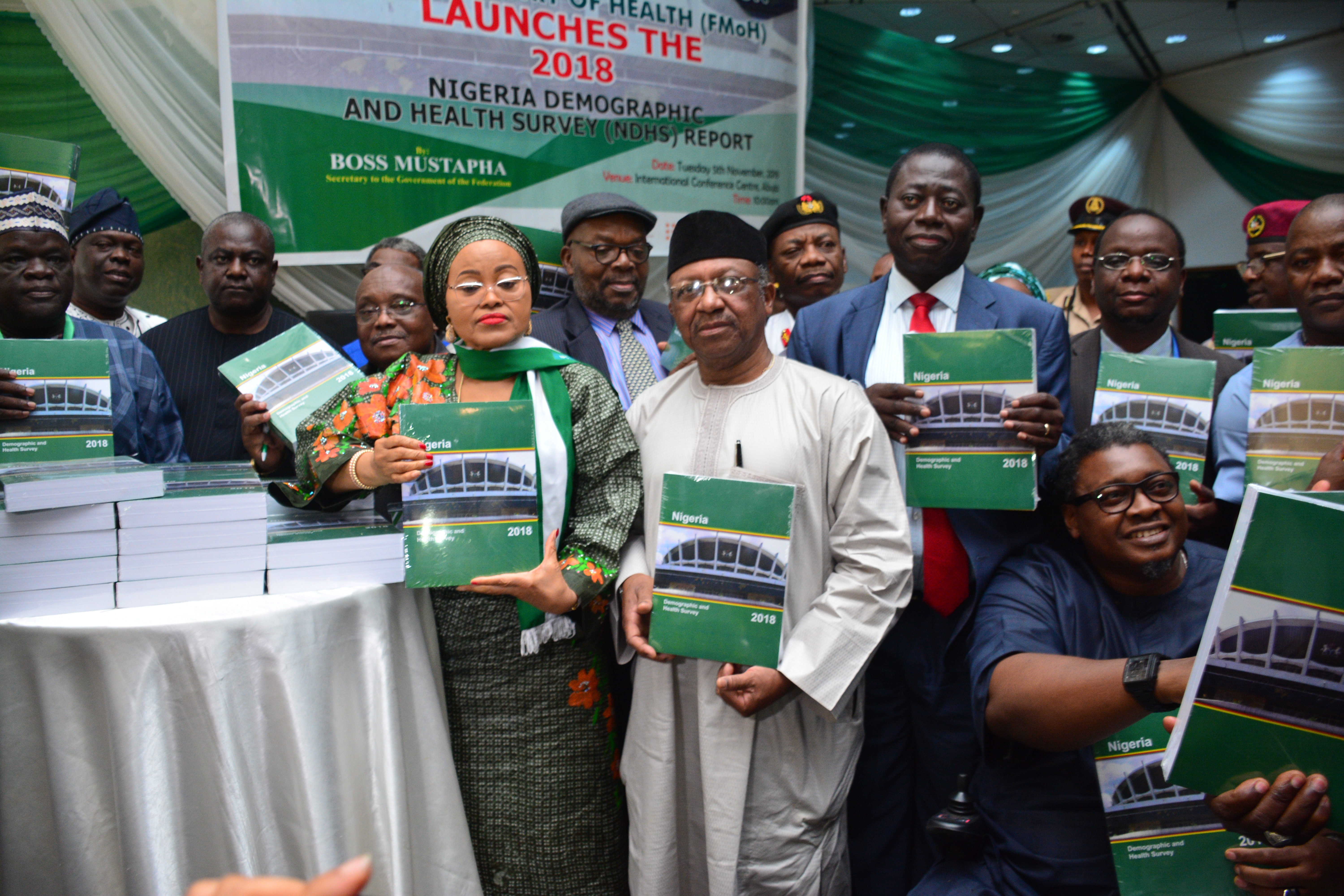 The launch was organised by the National Malaria Elimination programme of the Federal Ministry of Health in collaboration with the National Population Commission (NPC).

The Minister of Health, Dr Osagie Ehanire, was quoted in a statement signed by Mrs Enefaa Bob-Manuel, Head of Media and Public Relations in the Federal Ministry of Health, on Wednesday in Abuja.

According to the statement, Ehanire represented President Buhari at the launch in Abuja.

Buhari said that the (NDHS) was conducted every five years and it would provide all planners, most especially those in health sector with reliable up to date demographic and health data.

The President said that the first survey conducted in 1991, was used to measure progress of Nigeria’s health interventions and progress in the areas of mortality indices for Women, infants and children.

In addition, he said the survey would be used to measure progress in other related human and social development indices, such as skilled birth attendance, antenatal care coverage, contraceptive and many others.

The President said the launch of the report would bring together key line Ministries, Departments, Agencies, Development Partners, National and International Non-Governmental Organisations.

Buhari urged relevant government agencies to factor the findings of the survey into policy formulation and health intervention programmes.

The Secretary to the Government of the Federation, Boss Mustapha, said that the thematic areas of coverage of the study were in line with the vision of the Buhari’s administration.

Boss said it was in line with Buhari’s administration, aimed at improving health care and lifting 100 million people out of poverty in the next 10 years.

In her remarks, the Acting Chairman of the National Population Commission, Bimbo Salu-Hundeyin said two per cent of women and two per cent of men ages 15 and above had one form of disability or the other.

She said the percentage could function in at least one domain of disability such as seeing, hearing, communicating, remembering or concentrating, walking or climbing steps and washing all over the body or dressing up.

The acting chairman said the data on disability would be significant to the Social Development Statistics in planning for the wellbeing of persons living with disabilities in the country.

60% of drugs imported to be manufactured locally – NAFDAC