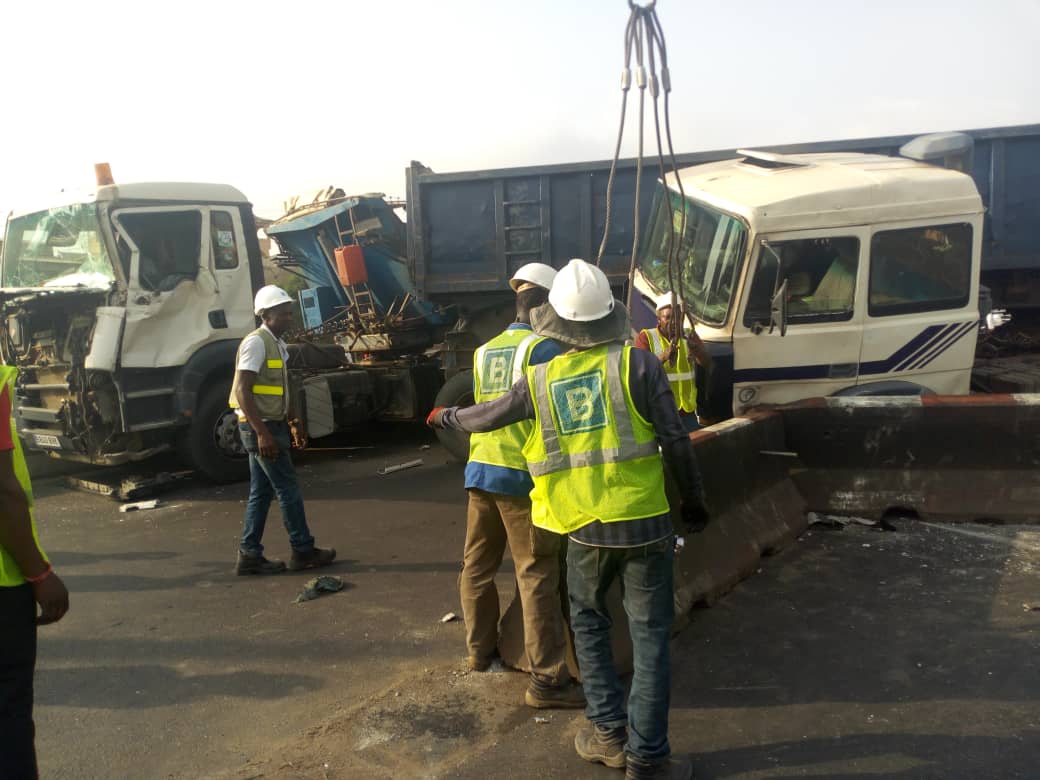 The Federal Road Safety Corps (FRSC) on Wednesday said that an early morning accident involving two articulated trucks at the Kara Bridge end of the Lagos-Ibadan expressway caused a total shutdown of traffic.

It was reported that the Federal Government on Tuesday resumed traffic diversion on the Kara Bridge section of the highway to continue reconstruction of the ever-busy corridor.

Explaining the cause of the gridlock being experienced on the highway by motorists and commuters a day after traffic diversion started, Mr Samuel Obayemi, the FRSC Zonal Commanding Officer, Zone RS2, comprising Lagos and Ogun, attributed the crash to impatience.

Obayemi, who frowned at the recklessness of some road users, urged motorists to be cautious of the diversion and exercise patience.

“A crash at the Kara end of Lagos-Ibadan expressway outward Lagos has caused a total shut down of traffic going outside Lagos.

“JBN (Julius Berger Nigeria Plc) has been contacted and they are on ground to remove the barriers that will aid the easy entrance of a tow-truck.

Obayemi called on motorists to change their negative attitude on the use of the road.

“Motorists should know that they are moving from four lanes to two lanes at that portion of the highway where construction is going on. So, there will be need for a lot of caution.

“Motorists should have consideration for other road users because this is a situation whereby the people going outside Lagos will make use of the same lanes with those coming into Lagos.

“So, there is the need for extra caution on the part of the motorists,” he said.

Obayemi said that the recovery operations was ongoing to free the traffic and return normalcy to the corridor.

According to him, road users should avoid any haste when approaching diversion sections so as not to cause pains to other users.