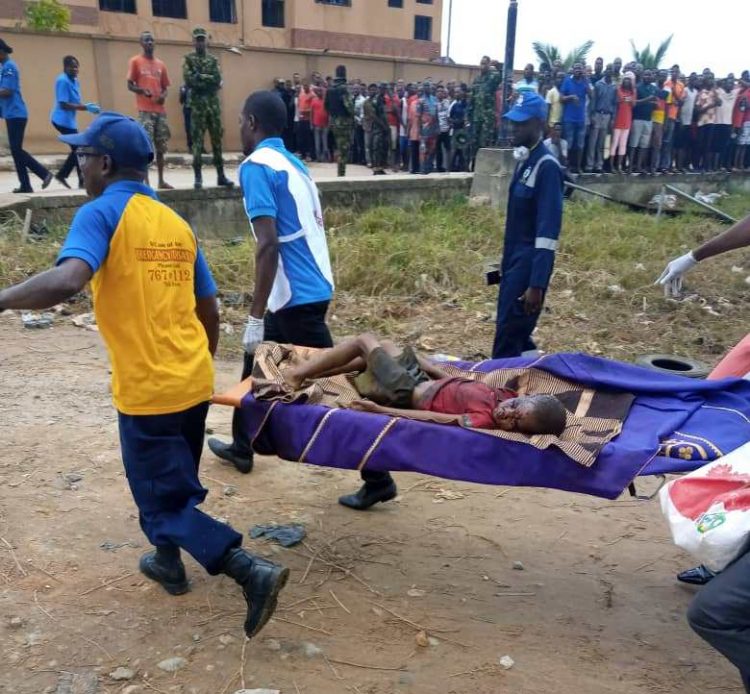 Dr Olufemi Oke-Osanyintolu, the Director-General Lagos State Emergency Management Agency (LASEMA), has said that 17 bodies have been recovered while 25 casualties are being treated for injuries sustained in the Abule Ado pipeline explosion.

Oke-Osanyintolu made this known in an interview with our reporter in Lagos on Sunday.

According to him, we sympathise with the families of those that died, wish the injured ones quick recovery and we also appeal for calm.

“We the LASEMA Response Team arrived at the incident scene and it was discovered that a raging fire had displaced several residents who fled their abodes for fear of being caught up in the inferno.

“The primary cause of the explosion is yet unknown.

“There are a number of secondary explosions which have caused significant damage to multiple buildings including the levelling of a Church to the ground and the destruction of St. Margaret’s Girls Hostel.

“The causes are yet to be determined, while security agents are investigating the cause of the explosion,” Oke-Osanyintolu said.

He said that operation was still in progress, saying that updates would continue through the course of operation, while investigations remain on going.