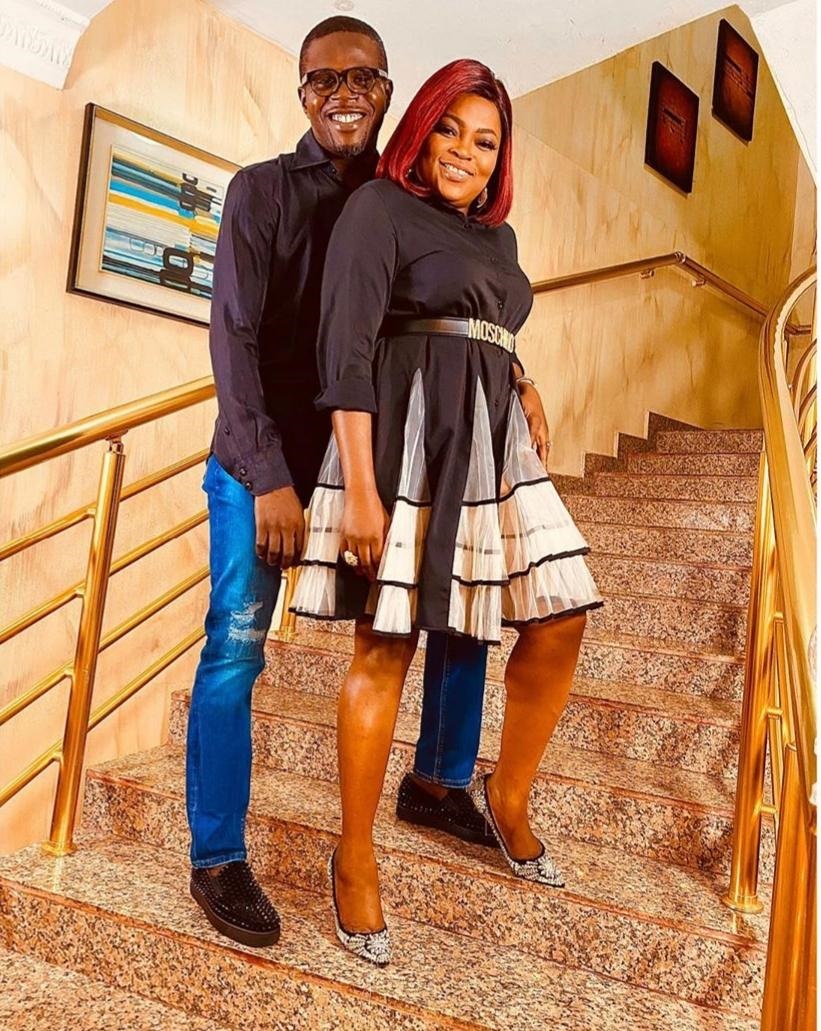 After turning deaf hear to the Social distancing order of Lagos State, an Ikeja Chief Magistrates’ Court on Monday Sentenced Nollywood star, Funke Akindele, and her husband, AbdulRasheed Bello, to a 14 day community service each for violating the regulation

The couple had admitted guilt before Chief Magistrate Yewande Aje-Afunwa during arraignment.

Aje-Afunwa also imposed a fine of N100,000 on each of them and ordered that each of them should be isolation for 14 days.

The chief magistrate had stood down the case after the couple pleaded guilty.

She imposed the sentence when proceedings resumed more than an hour later.

Aje-Afunwa while giving her verdict described their actions as reckless.

“The defendants shall pay a fine of N100,000 within three days from today. They are to serve community service for a period of 14 days – for three hours from 9am-12pm daily – excluding Saturday and Sunday.

“The community service shall be done in any public place in Lagos.

“The defendants shall be made to visit 10 important public places in Lagos State to generate awareness of the COVID-19 pandemic and the consequences of non-compliance with the laws created to curb the spread of the disease.

“In order to ensure that COVID-19 does not spread, the defendants shall be immediately held in isolation for 14 days in a place only known to the Lagos State Ministry of Health,” she held.

In the charge preferred by the Attorney-General of Lagos State, the couple committed the offence on Sunday on Amen Estate, Ibeju-Lekki.

”You, Funke Akindele and Abdulrasheed Bello, on the fourth day of April 2020, at 9 Gbadamosi Close on Amen Estate, Ibeju-Lekki in the Lagos Magisterial District, gathered at the aforementioned address with over 20 persons, contrary to the social distancing directive of Mr Governor of Lagos State, made pursuant to Regulation 8 (1) (a) and (b) and 17 (1) (I) of the Lagos State Infectious Disease (Emergency Prevention) Regulation 2020, and thereby committed an offence punishable under Section 58 of the Public Health Law of Lagos State,” prosecution stated in the charge sheet.

NEWSVERGE recall that the police had on Sunday arrested Ms Funke Akindele-Bello for organising a party which violated social distancing regulation of the Lagos State Government.

The regulation is to check the spread of Coronavirus.

“The attention of state police command was drawn to a viral video showing large number of persons mainly in the entertainment industry on an estate in Ajah, Ibeju-Lekki axis.

“They were celebrating a birthday party organised by Funke Akindele-Bello and her husband.

“Police detectives from the state CID, Yaba, were promptly drafted to the location and Akindele was arrested,’’ the state Police Public Relations Officer, DSP Bala Elkana, had said in a statement.

He said that efforts were being intensified to arrest the remaining persons in the video, among whom are Azeez Fashola (a.k.a Naira Marley) and Abdul Rasheed Bello a.k.a. JJC Skillz.

The police spokesman had advised those involved to report at the CID Yaba on Monday in their best interest or risk being declared wanted.