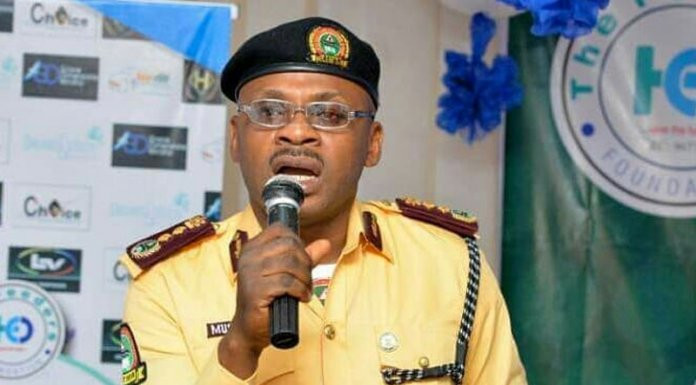 The Lagos State Traffic Management Authority (LASTMA) on Thursday said it would release impounded vehicles for minor offences after the lockdown as directed by Gov. Babajide Sanwo-Olu.

It was reported that Sanwo-Olu had ordered the release of all impounded vehicles from March 1 to date during a Lagos State COVID-19 update and palliatives’ programmes of his administration on Tuesday.

The governor said that he had directed the Police, LASTMA and Vehicle Inspection Services to release vehicles impounded for minor offences free of charge as part of the palliatives.

Sanwo-Olu said that the gesture was designed to reduce the financial burden on offenders, following the stay-at-home order introduced to curb further spread of COVID-19 in the state.

Speaking on the governor’s directive, the General Manager of the agency, Mr Olajide Oduyoye, said that carrying out the order was a very easy thing to do.

Oduyoye, however, said that LASTMA would continue to discharge its mandate by arresting and impounding vehicles for violation of rules during the lockdown.

“There is no issue about this. Basically, we are going to release impounded vehicles after the lockdown without payment and that is all and that is a minor thing to do.

“What we are supposed to do, according to the governor’s statement, is to release all vehicles arrested for minor offences during the lockdown only and at the end of the lockdown.

“All those vehicles will be in our custody. They will only be released free of charge without any payment at the end of the lockdown,” the LASTMA boss said.

According to him, any motorist who still needs his vehicle (s) for any emergency during the lockdown should not violate government’s directive on restriction of movement else such vehicles would be impounded if caught.

“So, if you still need your vehicle for other essential things – you may never know what the essential is or emergency, and you don’t want to be deprived of that vehicle, please leave your vehicles at home.

“Do not go out in it if you are not part of those on essential service exempted from the lockdown. If you are stopped, the vehicle will be impounded. That’s my advice,” he said.

Oduyoye, however, said that the governor’s gesture was specific about minor offences committed during the lockdown, adding that it did not cover vehicles with capital offences.

He decried the alleged disregard for traffic rules and regulations by motorists exempted from the lockdown order.