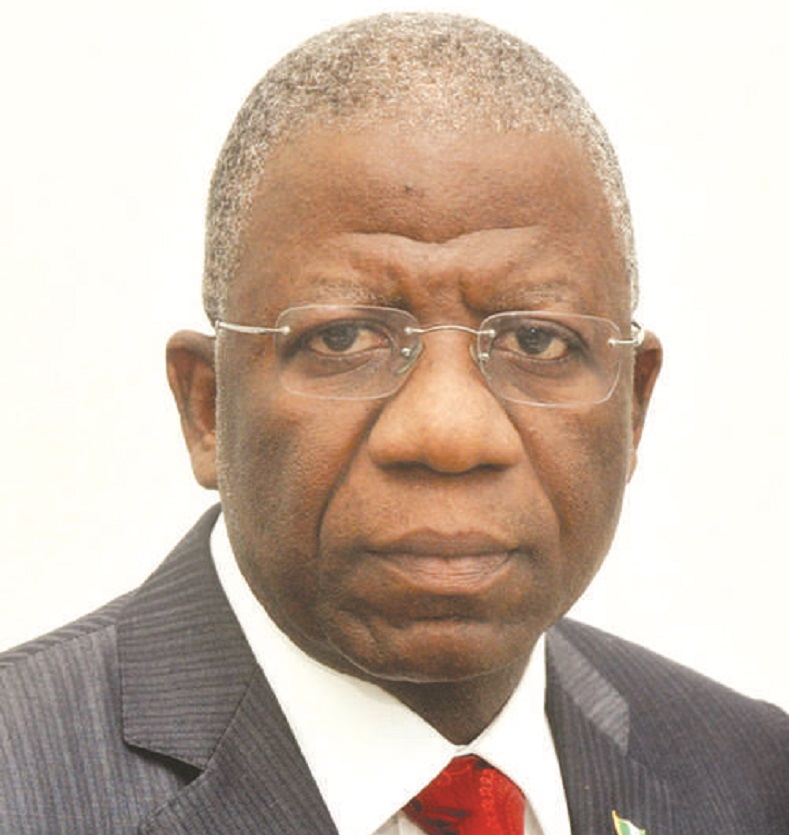 It’s often said that Nigerians are profoundly complex people in terms of their responses to issues translating to what they desire or not desire at different points in time. This nuance is playing out again in the pervading sentiments being expressed by a cross-session of Nigerians about President Buhari’s acceptance of the much-awaited Steven Oronsanye’s report. From all indications, President Muhammadu Buhari is ready to give the recommendations of the Committee wings, more so that there is a yearning need for all countries to get their acts together at this time to be able to combat the global recessive economic challenges, eventuated by the Covid-19 pandemic.

Taking a leap backwards; the concern of government to reduce the humongous expenditure yearly incurred on funding and running of the unwieldy number of government agencies and departments prodded the former President Goodluck Jonathan administration in 2006 to set up the Orosanye Committee which was mandated to come up with ideas on how government agencies and ministries could be better run for cost preservation and efficiency. The choice of Orosanye as the head of the committee was just apt, being one of the leading technocrats the country could boast of, and a retired Head of Service of the Federation. Regretfully, the Jonathan government for reasons that was unexpressed, but insinuated to be lack of gusto or sufficient will-power was not able to implement the reports until the tenure of that regime lapsed. Now, among other things, the impelling necessities of the time has left little choice than for the PMB administration to look the way of the highly penetrative reports, which was already literally gathering dust on the shelve, as a pathway to solving the issues for which it was to ideated, ab initio.

It is a known fact that the nation’s public service, nay government agencies and parastatals, are far from the desired expectations of the people and the  government they should serve. They fall below expectations in all parameters for measuring efficiency and accountability. Instead of being the “engine room” for running effective governments, as obtained in other climes, Nigeria’s civil service is bogged down majorly by corruption, infusing red-tapism and its attendant inefficiencies to service delivery processes. Although it has often been argued that most of the challenges of the public service have their roots deep in history which we may not be interested in rehashing here, the fact remains that it is nowhere near the picture of what such important institution should occupy in the running an ideal nation.  These were issues, that though not alien, starred the Orosanye Committee in the face and for which it provided answers.

From outset, the Committee ascertained that there were 541 government parastatals and agencies of government in the country with many of them having duplicated roles and responsibilities. It was, however, not lost on the committee to recommend that the number was too unwieldy and continued to constitute a gaping hole in the pocket of government, more so in the face of dwindling revenue. The Committee recommended that to come of this quagmire, there was need to merge 263 agencies of government and scrap many entirely. The Committee strongly advocated that certain pragmatic steps should be taken to ostensibly give some teeth to the battle against corruption and public venality which have apparently become a national garb of our nation. There was advocacy for the establishment of Anti-corruption Tribunal, as against the existing Code of Conduct Tribunal to accelerate corruption cases. It is believed that this specialized court will take the burden off the shoulders of the conventional courts who have their hands full with other non-corruption cases. Today, we have no fewer than 55 cases being handled by the courts. The Committee also opined that EFCC, ICPC and Code of Conduct Tribunal should be merged for greater efficiency. If done, the existing organs would be strong departments to handle issues of prosecution, assets declaration and investigations, most effectively.

Another focus of the Committee was its recommendation on free education for all Nigerians from primary to secondary schools, while the National Economic Council of States should drive the process of restoring standards in primary and secondary education. Also, further realising that education is the bastion of the nation’s manpower, the Committee was quite unequivocal in its recommendation of the need for professionalization of the teaching profession from primary to secondary levels. Fresh graduates from National College of Education should go through a mandatory internship before certification. Furthermore, funds allocated to management and development of schools should be allocated and directed to respective schools, rather than being warehoused at the federal ministry of education, Universal Basic Education and SUBEB.   Other issues addressed in the educational sector included the need to coalesce NUC, NBTE and NCCE to form Tertiary Education Commission (TEC), among others.

Among other recommendations was the need to revisit the huge number and duplication of Boards for so many government institutions and parastatals constituting financial leakages on the system. It also recommended that professional bodies enjoying subvention from the government should seize from such benefits as some of them could look inwards for sufficient internally generated revenue reliving government of yearly handouts.

Further prudential advice given included the need for budgetary systems to be linked to deliverables of government institutions; this would galvanise all workers to be result-oriented, realizing that their fortunes would be tied to performance. It must not be remised to mention that the hammer would go on the National Pilgrims Board and the Hajj Board which had for long appeased the religious sentiments of many Nigerians for a long time past.  The Committee specifically mentioned institutions that should be merged in all sectors for efficiency.

Whilst the full ambit of the recommendations could not be captured in this write, it must be noted that if implemented the bitter truth is that it will no longer be business as usual at the level of government institutions. There is an indication that the yearly budgets would be redirected a little away from the over-concentration on yearly recurrent expenditure, rather than capital expenditure, as all aspects of government cash gulping heads would be affected.

It is quite certain, as night and day, that there would be job losses and job rejigs, but this is quite needful if we have to confront the realities of the times. Although this intention perches on the sensitive spots of many Nigerians who felt it was inappropriate to cut down jobs at this time, the fact is that there is no way we could eat the omelette without breaking an egg. As at today, many of the government institutions are staffed by poorly motivated due to divided loyalty, with regards to their engagement with other businesses other than the government work they are paid to do. Also, many of these government institutions harbour ghost workers on their payrolls which through concerted staff audit and scrutiny would expose through the implementation of the Committee’s report. The argument of job losses would be compensated when the government service apparatus becomes trimmed and efficient to give the needed pivotal support for the government to make policies that would provide solid platforms upon which flourishing private sectors would be founded. In advanced climes, the public sectors engage the preponderant manpower for the nation, regretfully, the reverse is the case here in Nigeria.

It must, however, be admitted that for the Orosanye report to have full effect, other arms of government, especially the legislature must key into the policy direction. Aside from the dire need to re-examine the salaries and emoluments of the members of the national legislature, their workforce must be made to go through the same surgery. The nation is really bleeding financially through this organ of government and something must be done quite urgently. Also, the State governments should have a perfect buy in into this direction, by taking a cue from the federal government to replicate same process at the state levels, as well as the Local Government. It’s becoming clearer that with the near zero allocation to the states, many of them have a tough time on their hands if they are not circumspect enough.

If well implemented, there is no doubt the move to adopt the Orosanye’s report may be one of the elixirs for our country to come out of the present financial quagmire stronger and re-orientate our entire government service delivery system  for value creation and excellent service delivery. Nonetheless, this writer cannot agree less that the full implementation of the Report would definitely be a bitter-sweet experience, irrespective of whatever angle one looks at it objectively on the long run.

***Adaramola is a versatile Public Relations practitioner and public affairs commentator with years of valuable experience. Can be reached through – [email protected]

COVID-19: A challenge to Registrars in the Capital Market