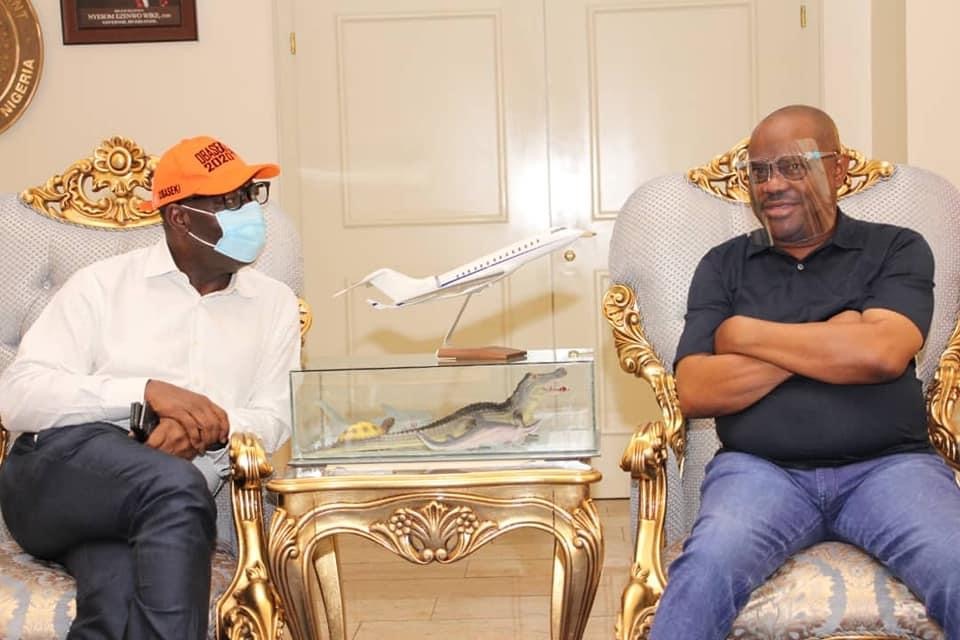 Gov. Godwin Obaseki of Edo was in Government House, Port Harcourt on Sunday to visit Gov. Nyesom Wike of Rivers, in an apparent bid to pitch his tent with the PDP.

The purpose of the visit was however, not disclosed but the two governors later held a closed-door meeting at the Government House.

It was reported that Obaseki’s visit to Wike is coming on the heels of the disqualification of the former from contesting the upcoming Edo governorship election on the platform of the APC.

The APC had approved its screening and appeal committees’ reports which disqualified Obaseki and two others from participating in the June 22 governorship primaries in Edo.

Oshiomhole said the NWC, which reviewed the two reports, noted with satisfaction that members of the committees were unanimous in their decisions.

The appeal panel, headed by Prof. Abubakar Fari also upheld the outcome of the screening committee, while presenting the report to Oshiomhole at the APC National Secretariat in Abuja.

Political observers in Port Harcourt said that Obaseki’s visit to Wike might not be unconnected with his disqualification by the APC from participating in the party’s governorship primaries and that he might be seeking to join the PDP to contest the governorship election.

The Independent National Electoral Commission has slated Sept. 19 for the governorship poll in Edo.

UN appalled by attack on civilian, humanitarian facilities in Monguno