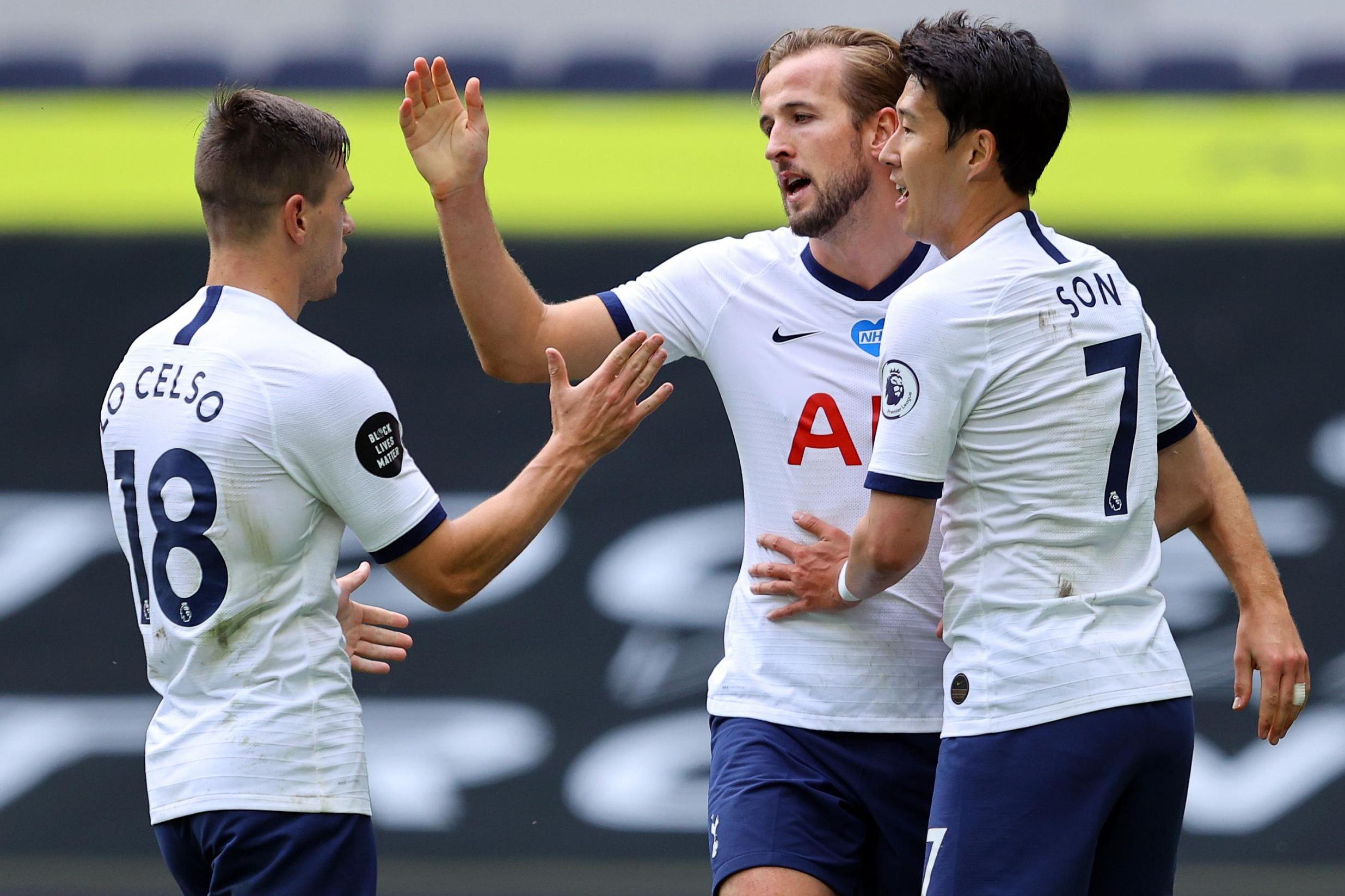 Tottenham Hotspur striker Harry Kane looked to be back to his best with two quality goals in a 3-0 victory in the English Premier League (EPL) on Sunday.

His goals were crucial as his side dealt a huge blow to Leicester City’s top-four hopes in the competition.

Kane struggled for sharpness when the season resumed last month, a legacy of the serious hamstring injury that sidelined him from Jan. 1.

But the striker produced a dazzling display as Spurs boosted their UEFA Europa League qualifying hopes.

Leicester City’s James Justin deflected Son Heung-min’s shot into his own goal after six minutes to give Spurs the perfect start.

He has now scored four times in two games and has 23 in all competitions this season.

“I’m feeling as good as I’ve done for the last four or five years,” Kane, who notched up 200 career club league goals against Newcastle United in midweek, said.

“I like to do my talking on the pitch and that’s what we did today. It’s good that we are finishing strongly.”

Leicester City have looked certainties for a top-four finish for virtually the whole season but now are at risk of missing out on a UEFA Champions League spot.

They remain fourth but are level on 62 points with fifth-placed Manchester United who have two games left to play to Leicester City’s one.

Both sides meet on the final day of the season.

Spurs are finishing strongly, winning four of their last five games, and they moved two points above Wolverhampton Wanderers into sixth with 58 points, closing in on UEFA Europa League qualification.

Kane was even involved in Tottenham’s opener.

His superb pass released Son down the left and he sprinted half the length of the pitch to support his fellow striker.

Son went alone though and cut in to shoot right-footed, his effort taking a hefty deflection off Justin to give goalkeeper Kasper Schmeichel no chance.

In an open game, Leicester City responded and Jamie Vardy had chances before Spurs goalkeeper Hugo Lloris made a great low save to keep out a sweetly-struck volley by Ayoze Perez.

Spurs won possession and Giovani Lo Celso burst forward and released Lucas Moura to slide in Kane who fired a left-foot shot across Schmeichel and into the bottom corner.

Again picked out by Moura wide on the left, he cut in and curled a right-footer inside the post.

Leicester City dominated possession after the interval but made few inroads against a well-drilled Tottenham side.