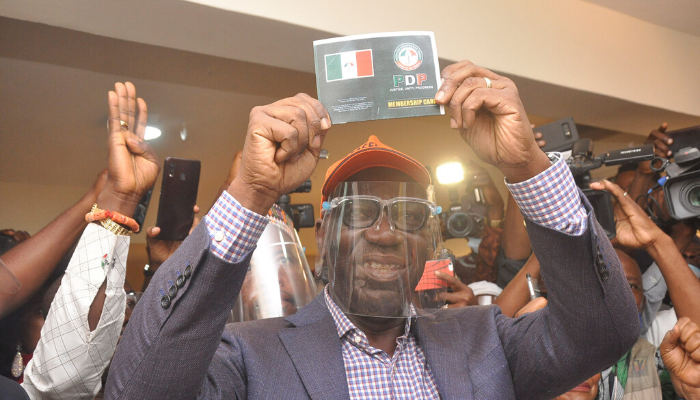 Gov. Godwin Obaseki of the Peoples Democratic Party (PDP), has said that his administration was doing a lot in the development of Edo and and could not afford to stop now.

Obaseki stated this on Thursday in Benin during the party’s ward-to-ward campaign at ward nine, Ikpoba-Okha Local Government Area of the state.

Obaseki is the candidate of the party for the Sept. 19 governorship election in the state.

He said there was the need for continuity to enable the present administration to complete projects already started as well as do more for the state.

He said that the decision on Sept. 19, by the eligible voters would be the most important one to be made.

According to him, this is because the decision will determine if the state wants to continue to move forward or not.

He urged the people to make the right decision by voting for the PDP to enable the state to continue to move forward.

The governor also advised the PDP supporters to decide to defend their votes after casting it on election day.

Similarly, Obaseki at a combined rally for wards six, seven and eight held at Idogbo, in the same local government area said that God would give the party victory for things to be done properly in the state.

He promised that the government would be more accountable to the people as projects already started would be completed while more would be initiated.

He, however, said that contrary to propagandists who said his government had done nothing in the state, the achievements of the administration were visible and evident for all to see.

“On Sept. 19, frustrate all their efforts to return the state to an era of thugs and street urchins, by voting for me, the PDP which symbol is the umbrella.

“Also frustrate their efforts of using violence to intimidate you by voting right and standing firm with the PDP,” he said.

It was reported that Ikpoba-Okha is the 16th out of the 18 Local Government Areas of the state to be visited by the PDP campaign council since it began the ward-to-ward campaign some three weeks ago.