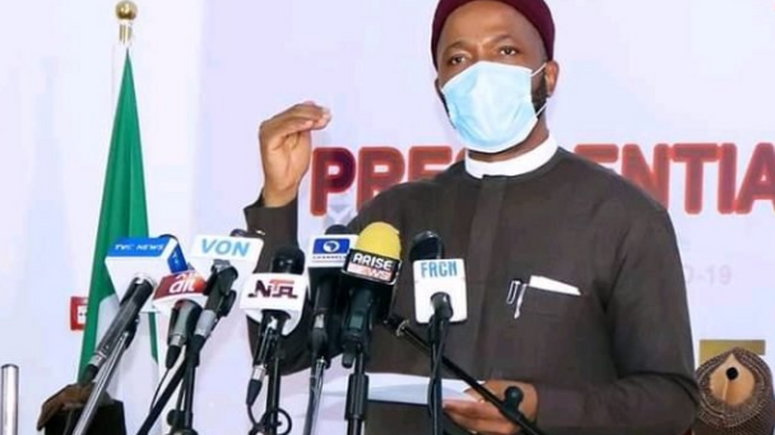 The Federal Government says it has not come to a point where it is convinced that schools should be re-opened for academic exercise after their closure due to Coronavirus (COVID-19) pandemic.

The Minister of State for Education, Chukwuemeka Nwajiuba, disclosed this on Thursday in Abuja at a meeting of the Presidential Task Force (PTF) on COVID-19 with the Northern Traditional Leaders Committee (NTLC) on National Primary Health.

It was reported that the meeting was presided over by the Minister of Information and Culture on behalf of the Chairman of PTF and Secretary to the Government of the Federation, Boss Mustapha.

The meeting was to seek the support of the traditional rulers towards preventing community spread of COVID-19.

Responding to a question from Sultan of Sokoto, His Eminence Sa’ad Abubakar, on school reopening. Nwajiuba said the federal government is still evaluating the situation.

“At the moment, we have not come to the point where we can say we are convinced that schools can manage themselves and reopen comfortably.”

“Our teams have gone out and we will use the whole of this week and next week to do a proper evaluation.”

“We are going round to see the level of compliance but most importantly we are waiting to get an update on all the facilities in every part of Nigeria:

The minister said the government strongly believed in the opinions of experts that 15 per cent of transmission of the pandemic is from school environment and that was why they proposed remodeling of classes.

“We believe the experts that the school system is a suspect place for transmission and that is why we are working with them, particularly on guidelines.

“We are suggesting that classes be remodeled if there are no enough classrooms for social distancing.”

“We are also working out guidelines such as washing of hands because school must go on at one point,” he said.

The minister said they experimented the system in the past weeks during the West African School Certificate Examinations and the Joint Admission Matriculation Examination.

“We are lucky thus far because we only recorded an incident in Gombe where a child contacted COVID-19.”

“We quickly isolated him and he recovered in time to join the class back.”

“But that showed that these places are sources of spread,” he said.

Nwajiuba underscored the need to collaborate with the states for a seamless and safe reopening of schools, particularly at the primary level.

He said the states were trying to look at their peculiar situation using the national guidelines.

The minister stressed the need for the collaboration of the monarchs to prevent community spread of the pandemic.

Earlier, the Sultan underscored the need for the PTF to put adequate measures in place before schools are reopened to prevent transmission.

The traditional ruler also said that the task force must ensure that with the reopening of the nation’s airspace to international flights, workers at the entry points will not circumvent the laid down protocols.

Recall that the federal government in March ordered the immediate closure of all educational institutions which includes tertiary, secondary and primary schools as a precautionary move to curtail spread of COVID-19.

New Service Chiefs: ‘Be committed, lead the way in fight against insurgency’ – Okei-Odumakin

How I relate with my Orderly – Lai Mohammed