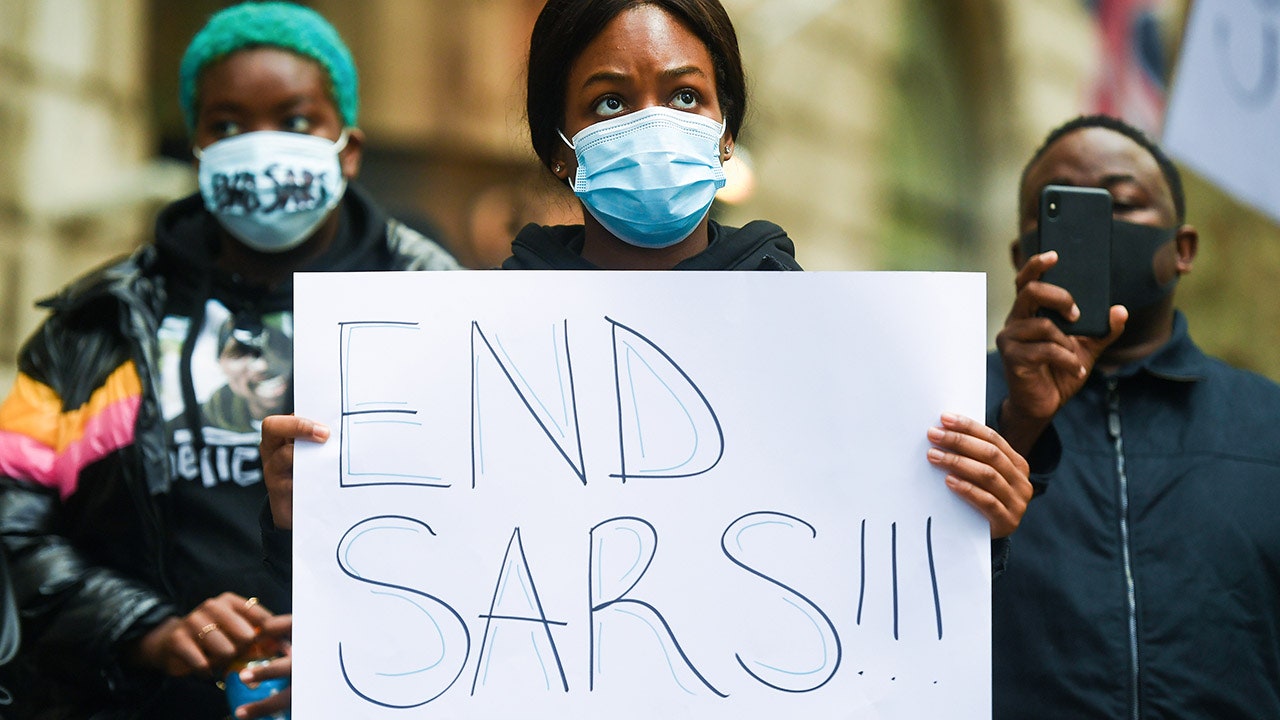 Thousands of Nigerians based in South Africa on Wednesday took to the streets of Praetoria in solidarity with youths in Nigeria who have been protesting police brutality and misgovernance in the last two weeks.

Led by the President of Nigeria Union South Africa (NUSA), Adetola Olubajo, they called on President Muhammadu Buhari, Inspector-General of Police and Service Chiefs to stand down the army and the police that were actually using excessive force so that there would not be more casualties.

The protesters marched to the High Commission of the Federal Republic of Nigeria in Arcadia, Pretoria, where the handed over a Memorandum to the high commissioner for onward transmission to the Presidency.

Part of the memorandum contained a 23-point list of what the youths want the government to do before they would call off the strike.

Speaking to our reporter on telephone from Praetoria, Olubajo said their protest, which had Nigerians from many provinces of that country, was peaceful and that another was organised in Cape Town where the High Commission is situated.

“The Nigerians in South Africa are standing in solidarity with the youth in Nigeria who have been protesting in the past two weeks.

“We have submitted a memorandum to the Presidency, the Senate and the House of Representatives, and we expressed our displeasure at the way the government is using the army to disperse peaceful protesters.

“It’s the right of every citizen to protest, and the protest has been peaceful until the army decided to open live fire on the protesters.

“We urge President Muhammadu Buhari and top security officers like the Inspector-General of Police and Service Chiefs to please stand down the army and the police that were actually using excessive force so that there would not be more casualties,’’ Olubajo told our reporter.

He said the government should listen to the youth and come out with a genuine roadmap and actions that would enable youths to trust them and believe that they are solving their problems.

“We are aware that government cannot solve all the problems just like that like a magician, but it needs to have genuine commitment that will enable the youth to trust the words of the government.

“And one of their demands is that the Federal Special Anti-Robbery Squad (F-SARS) should be disbanded and we have watched with consternation and followed the unpleasant scenarios in our country.

“Something should be done in order not to aggravate the situation. Government should carefully listen to the youth and critically analyse the current demands as it is elsewhere around the world.’’

Olubajo said the youth had expressed their frustrations at misgovernance and the insensitivity of the government to many burning national issues such as the strike by the Academic Staff Union of Universities (ASUU) and police brutality among others.

“Government should comprehensively look at these demands and address them as soon as possible.

“The Nigerian community in South Africa pledges its support and solidarity with Nigerian youths,’’ he said.

Related Topics:NigeriansprotestSouth Africa
Up Next