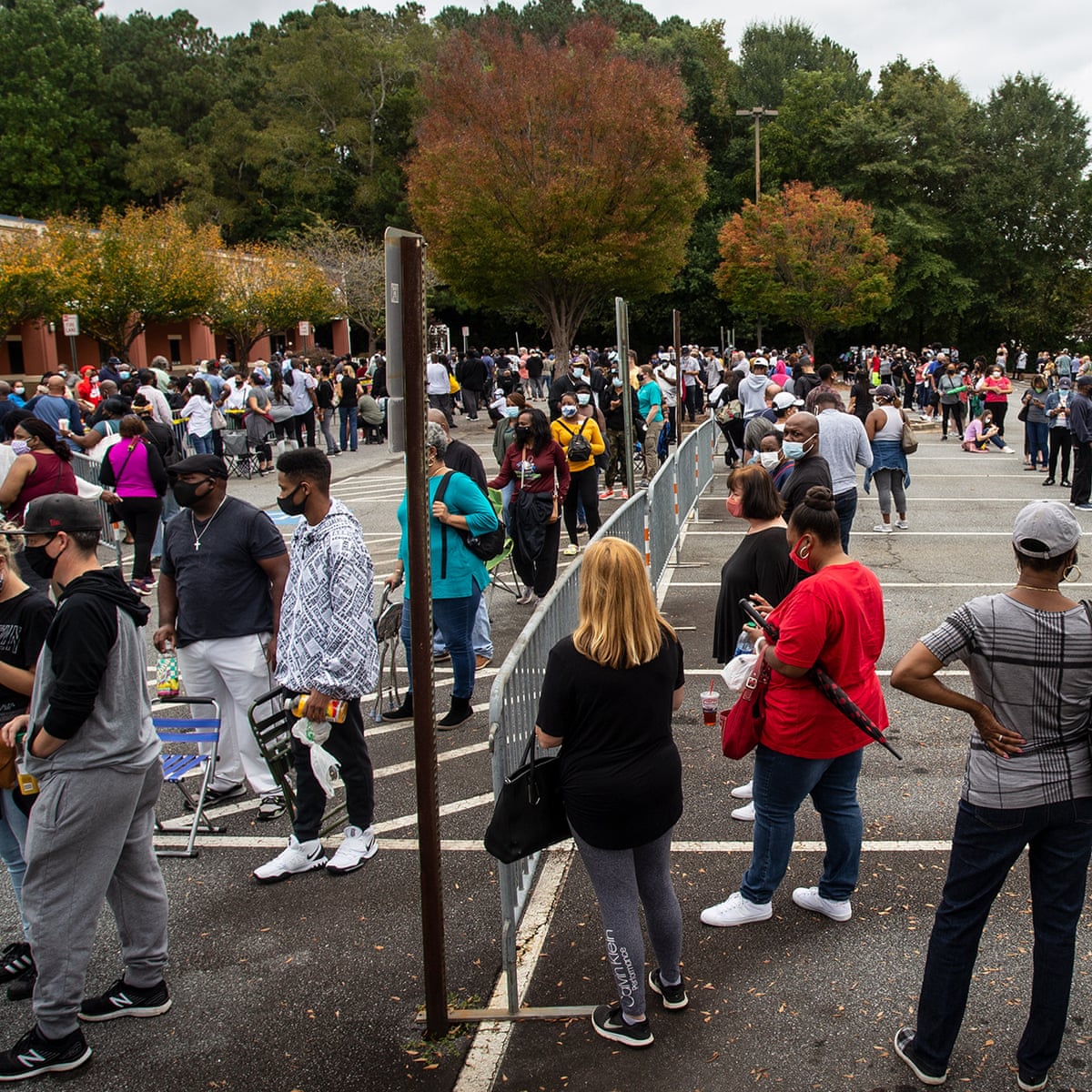 The New York City Board of Elections says 193,915 residents cast their ballots in the first two days of early voting in the U.S. presidential election.

The total compromises 93,830 votes on Saturday, which was the first day of early voting, and 100,085 votes on Sunday.

Nationwide, a record 58.6 million early ballots have been cast so far with nine days to go before the general election on Nov. 3.

This figure has already surpassed the 58 million early and absentee votes recorded in the 2016 presidential election, according to the Associated Press.

This is the first time New Yorkers are voting early in a presidential election in U.S. history, the Board of Elections said in a tweet on Sunday evening.

Our correspondent reports that there are 88 early voting centres in the five Burroughs (local government areas) in the state of New York.

Some of the centres visited by our correspondent on Sunday witnessed long queues of eager voters, who braved the cold to make their choices.

Georgina Oliver, a hospital board member in Queens, told our correspondent she voted early to avoid the chaos and long queues on election day.

Oliver also cited “too much corruption” at her regular polling centre on Election Day as another reason for her decision.

She said she voted for President Donald Trump to continue with his work on the protection of freedom of speech, religion and peaceful assembly.

“It should not be only the mob getting on the streets to protest, I should be able to protest too.

“I should be able to go to church where I can pray to my God to help stop this pandemic as He did in 1918 during the Spanish influenza,” she said.

Ms Margaret Sama, a Cameroonian-American, who voted for Biden said she came out early to make sure her vote counted.

Sama said she voted for a unifying figure in a country that had been deeply divided along racial lines under Trump.

“I want a country where we can respect one another’s views, because the division creates so such animosity and anger.

“We need someone who can bring the country back together so that we can unite in the fight against poverty, racism and other challenges plaguing humanity.

“We all have to have food on our tables, respect and love one another for a better society, but if these things are not there, the hate continues”, she said.

She dismissed Trump’s claim that he has done more for the African-American community than any president since Abraham Lincoln.

He claims his administration has delivered the lowest lack unemployment, poverty and crime figures in the country’s history.

“I don’t think so because when it comes to the economy only the rich people are benefitting from Trump’s policies,” Sama said.

FG to provide N75bn in 3 years for youth empowerment – Minister