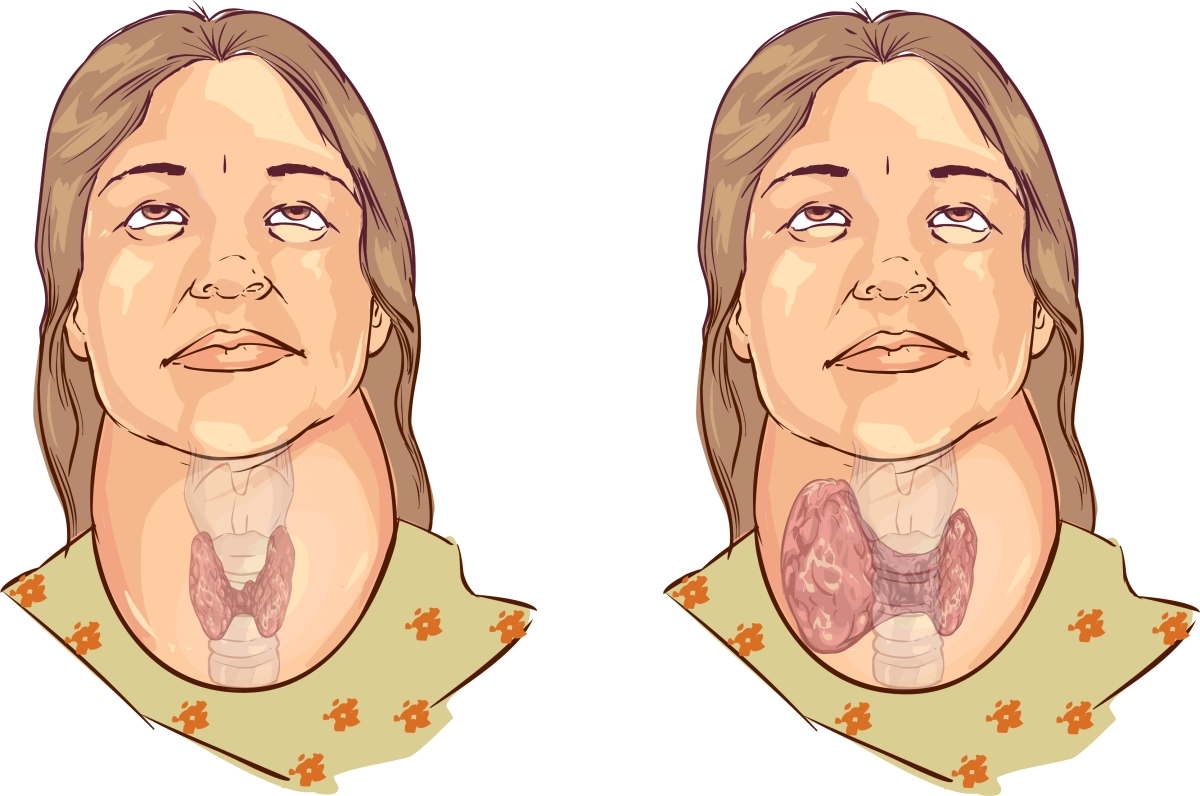 A physician, Dr Idris Giwa, says iodine deficiency is the cause of 75 percent of goitre in victims.

Goitre is a swelling of the thyroid gland that causes a lump in the front of the neck.

The lump moves up and down when the victim swallows.

Chances of goitre developing in the thyroid gland increases with age. Women are also more likely to develop goitre.

Inflamed thyroid gland (thyroiditis), having radiation treatment to the neck or chest area, such as radiotherapy for neck cancer, harmless nodules or cysts within the thyroid can also cause the development of goitre.

Symptoms include coughing, a tight feeling in the throat, and sudden hoarseness in the voice, difficulty in swallowing, difficulty or high-pitched sound in breathing.

Dr. Giwa told our reporter in Lagos on Tuesday that goitre affects between 200 million and 300 million people worldwide as of today.

He recommended the intake of between 100 and 150 microgrammes of iodine in diets per day.

“Iodine is not produced in the body and is obtained from iodine-rich foods such as tuna fish, shrimp, dairy, iodised salt, eggs, prune and seaweeds and are readily available,’’ he said.

He also advised goitre victims to avoid consumption of foods like cruciferous vegetables, broccoli, sprouts, cabbage, cauliflower, collard greens and horseradish as they could worsen the symptoms of goitre.