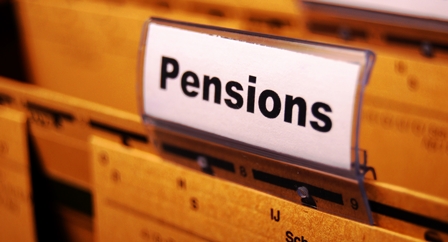 The Benue Government said it had spent about N36 billion on the payment of pensions and gratuities for the state’s and local government retired workers in the last five years.

The Chief Press Secretary (CPS) to Gov. Samuel Ortom, Mr Terver Akase, who disclosed this in an interview with our reporter on Wednesday in Makurdi, said such payments were effected between May 2015 and Oct. 2020.

Akase explained that Gov. Ortom inherited a backlog of pensions and gratuities of over N70 billion upon assumption of office in 2015.

He said of the outstanding figure, the governor paid N25.4 billion to retired workers of the state government, while N10. 6 billion was expended on local government retirees which amounted to N36 billion within the past five years.

He said a total of N23.9 billion was spent on state government workers’ pensions, while N1.5 billion went for the payment of gratuities, jerking the figure to N25.4 billion.

At the local local government level, Akase said a total of N9.9 billon was spent on pensions while N648 million went for the payment of gratuities.

Commenting on the myriad of challenges confronting the government, the Chief Press Secretary admitted that security and payment of salaries were the toughest.

”The biggest challenge we have had is the security and payment of salaries and benefits of retirees.

“This is a twofold challenge rolled into one; without security, there will be no development, so, the security of the people comes first because when people come under attacks, what the government is expected to do is to rise in defence of its people; that is what Gov. Ortom has done in the past five years, ” he said.

He said the primary responsibility of every responsible government was protection of lives and property, adding that Ortom had performed credibly well in that regard.

The CPS said that the establishment of the Opening Grazing Prohibition and Ranches Establishment Law aims at protecting both herders, farmers and people in the livestocks business.

He said the law had become a model for other states in the country to emulate, adding that it had also given the governor international recognition.

He explained that ranching was the way forward and the only way to end the crisis between herders and farmers.