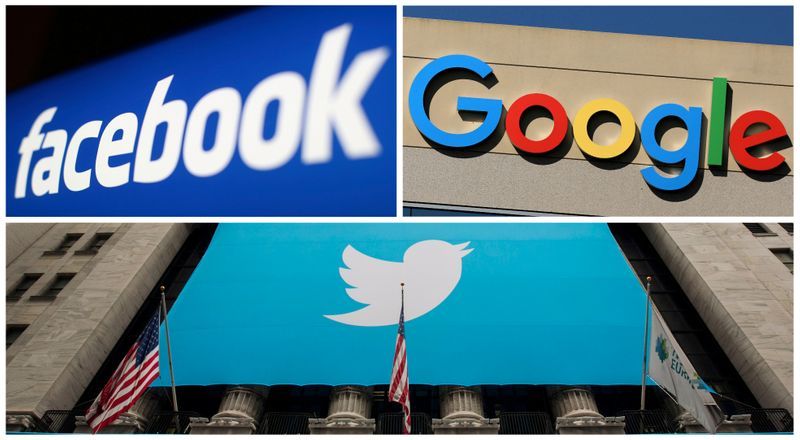 The chief executives of three large tech companies will defend a law protecting internet companies before a Senate panel on Wednesday, an official said.

This is a topic that has split U.S. lawmakers on ways to hold Big Tech accountable for how they moderate content on their platforms.

The executives will tell the committee chaired by Republican Sen. Roger Wicker that Section 230 of the Communications Decency Act – which protects companies from liability over content posted by users – is crucial to free expression on the internet.

Twitter’s Dorsey will warn the committee that eroding the foundation of Section 230 could significantly hurt how people communicate online.

Zuckerberg will say tech platforms are likely to censor more to avoid legal risks if Section 230 is repealed.

The hearing comes after Republican President Donald Trump has repeatedly called for tech companies to be held accountable for allegedly stifling conservative voices.

As a result, calls for reforming Section 230 intensified from Republican lawmakers ahead of the Nov. 3 elections, even when there is little chance of approval by Congress this year.

Maria Cantwell, top Democrat on the Senate commerce panel, initially rejected a request by Republicans to subpoena the three CEOs to appear at the hearing, but later changed her mind and said she welcomed a “debate about 230.”

There are also several pieces of bipartisan legislation that have been introduced on the issue.

“A hearing less than a week before an election is not going to be a good venue for an in-depth exploration of a very complicated issue, so I hope it ends up being substantive,” said an official said.

On Monday, Matthew Perault, Director of the Centre on Science and Technology Policy at Duke University, issued a paper that laid out an agenda for reforming the law under the next administration.

UN appoints NAPTIP’s DG into UNODC board of trustees