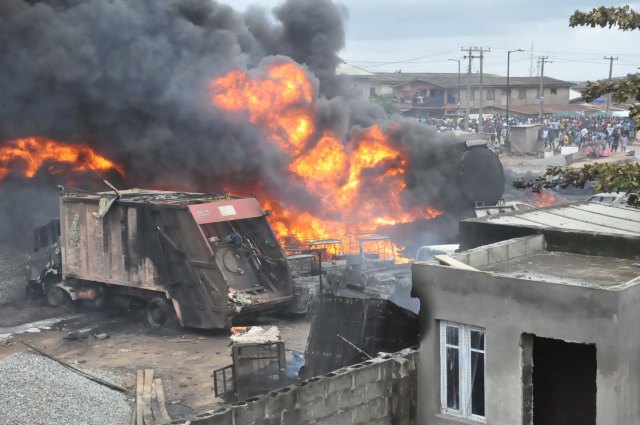 The Kano State Fire Service has confirmed that 18 rooms and eight toilets razed in Wednesday night fire at the School of Nursing and Midwifery, Kano.

Alhaji Saidu Muhammed, Public Relations Officer of the Service, confirmed the incident in an interview with our reporter on Thursday in Kano.

Muhammed said that the Service received a distressed call from one Ibrahim Bashir of fire outbreak at a students’ hostel in the school.

He said the fire started at about 6:37 p.m. gutted upper floor of the building destroying 18 rooms and eight toilets.

The spokesman said that a team of fire fighters were deployed to the scene who extinguished the fire, adding that there were no casualties in the incident.

He added that the cause of the fire is being investigated.

Related Topics:Firekanonursing school
Up Next