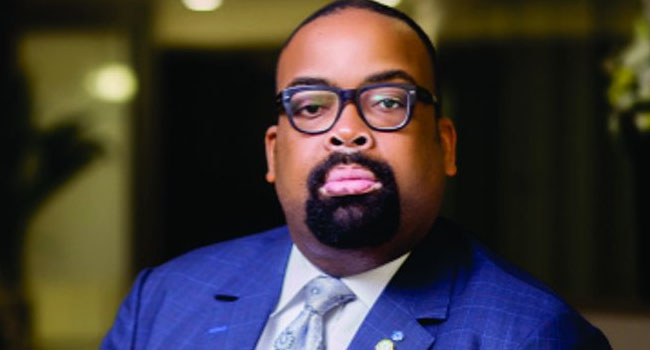 Governors who have set up panels of enquiry into the activities of the disbanded Special Anti-Robbery Squad (SARS) have the right to do so, President of the Nigerian Bar Association Olumide Akpata has said.
Mr Akpata spoke about the panels when he appeared on the latest edition of Sunday Politics.

“I think the governors are well within their rights or the power of the law to set up those panels of enquiry for the purpose of determining whether or not the now-disbanded SARS went beyond their remit; whether or not the claims that we have from various Nigerians as to how they were mistreated or illegally treated by SARS are correct,” he said in response to questions around the legality of the panels.

Governors in many states had set up panels after the #EndSARS protests, which held across the nation and led to the disbandment of SARS and pushed for police reforms. The NBA President explained that he had not heard any argument against the legality of the panels. Such an argument would be in contradiction to the position of the NBA in any case.

“We are of the view that those panels are well-constituted, and, in some states, members of the Nigerians Bar Association have been invited to be on those panels,” he said. According to him, in other states where the NBA is not involved, the association’s preferred approach will be to observe proceedings at those panels and ensure that the laws of the land are upheld.

As the panels begin their sittings, some have asked about the nature of powers they have; whether their decisions would be binding and if they have the power to punish anyone. Mr Akpata explained their role. Establish the fact and make recommendations.

“In my understanding of these panels, the way they have been constituted is to say ‘Yes, this happened’ or ‘No, that did not happen’ and recommend to the authorities what they think should be done with regard to those persons who are found to have broken the law or breached any provision of the law,” he said.

“I don’t think anybody has suggested for a second that these particular panels have the power to punish an individual or to jail anybody. That is not my understanding of these panels or what their remit covers.” He explained that the panels’ recommendations would go to constituted authorities such as the state governments or the Federal Government. “Those recommendations will go to them regarding what they think should be done or what actions they think should be carried out by the authorities,” he said.