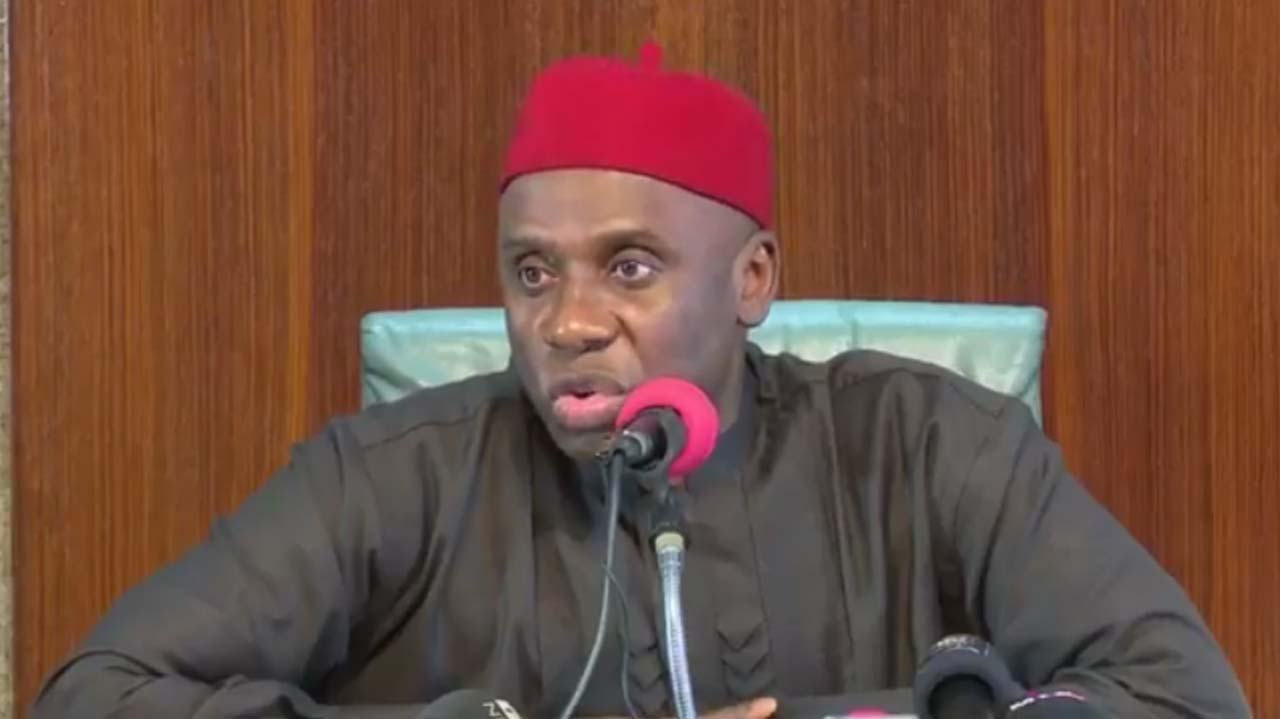 Minister of Transportation Rotimi Amaechi has apologised to Nigerians for the breakdown on the Abuja-Kaduna rail locomotives which occurred between Nov. 18 and Nov. 20.

The minister made the plea on Monday at the Moniya rail station during the routine inspection of the ongoing rail project in Ibadan.

“I want to apologise to Nigerians over what happened at the Abuja-Kaduna rail station.

“We now have new locomotives and we have called the Chinese because we never expected the mechanical fault at this early stage.

“On behalf of the Federal Government, the ministry and the Nigerian Railway Corporation (NRC), we apologise to Nigerians and I have instructed the NRC to fix it or invite the Chinese.

“If this is happening now, then they should bring back our old locomotives, it will just affect turnaround times because we get the new locomotive to increase the turnaround time,” he said.

Amaeachi called for an increase in the pace of work by the China Civil Engineering Construction Corporation (CCECC) adding that Covid-19 pandemic was no longer an excuse.

The minister said although the CCECC were doing well, they need to increase their pace to enable the ministry to deliver the project on schedule.

The Permanent Secretary, Federal Ministry of Transportation, Mrs Madeleine Ajani, said there was significant improvement in the ongoing work from what it was in October.

Ajani said the ministry was not shifting their date of the commissioning but would rather put more pressure on the CCECC to enable them achieve their targets.

She explained the need for Lagos to have standard gauge train due to the population adding that in less than one and half hours that the train would move from Lagos to Ibadan.

Ajani said that the establishment of the Standard gauge railway would also decongest both the road transportation and movement of cargo from the ports while people living in Ibadan could come and work in Lagos on a daily basis.

The Managing Director, Nigeria Railway Corporation, Mr Fidet Okhiria, said there was improvement in the construction output by the contractors adding ”hopefully by December some of the stations would be completed.”

“We also need to have more stations so that passengers will not need to wait for the train to leave Ebute-Meta Station before getting to Agege station which means that the two trains can be in a section.

“The delay in the rail construction along Apapa ports corridors is due to the Oando pipeline along Apapa corridor,” Okhiria said.

He disclosed that the train would start operating from Lagos to Moniya in Ibadan by Dec. 7.

Fuel/Electricity hike: Nationwide strike not yet an option – Labour