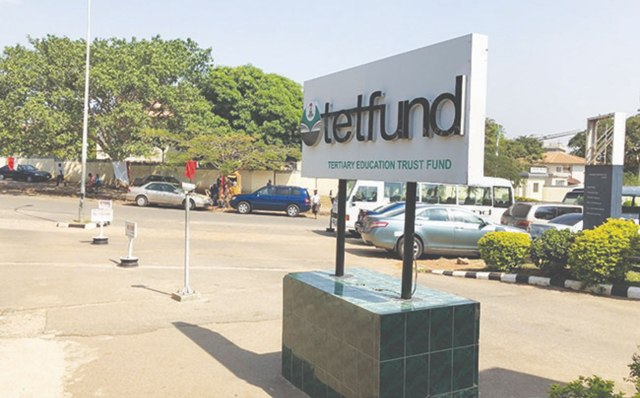 Prof. Suleiman Bogoro, Executive Secretary, Tertiary Education Trust Fund (TETFund), on Thursday presented allocation letters to the Vice-Chancellors of 12 universities for the take-off of their TETFund Centre of Excellence (TCOE).

Bogoro, while presenting the letters in Abuja at an event, charged the institutions on implementation of its own approved TCOE to address specific national development challenges by preparing professionals.

He also disclosed that the board would fund the centres with a grant of N1 billion each for five years to enable them attain national aspirations.

It was reported that President Muhammadu Buhari in March approved the first set of TCOE to take up research in their respective regions for national development.

He said two universities were selected from each geopolitical zone of the country to bridge the gap between researchers and users, as well as stimulating and strengthening triple-helix relationships.

According to him, the relevance of COEs for capacity building in developing countries cannot be overemphasised.

He said COEs were potent instruments for nation building as far as they have the potential to realise human resource development.

He said “The conceptual framework for Centres of Excellence is unlikely to be unfamiliar, alien or even novel to most of you here. Nevertheless, a Strategic Framework and Establishment Guidelines for TETFund Centres of Excellence, as approved by the TETFund Board of Trustees will be made available to all of you.

“Each selected institution is expected to implement its own approved TCOE, with the objective to address a specific national development challenge through preparation of professionals, applied research and associated outreach activities to partner, especially community services.

“Within that prism, institutions will have autonomy to implement their own institution-specific proposals to enhance capacity to deliver national high-quality training to address development challenges.”

He said the major objective of establishing the Centres was among others, to support strategic and applications-oriented research and expertise with potential industrial application.

Also, the chairman, TETFund Board of Trustees, Alhaji Kashim Ibrahim-Imam said the fund’s BOT was committed to advancing the tertiary education in all ramifications.

Ibrahim-Iman promised that the fund would continue to sustain the process of research in the country, noting that an additional 12 universities would be established by 2021.

He said “We want you to invest at least 70 per cent of the research grant in safe and high-yielding financial investment.”

Responding on behalf of Vice-Chancellors of the benefiting universities, Prof. Lilian Salami, Vice Chancellor, University of Benin promised to live to expectations in delivering the task accorded to them.