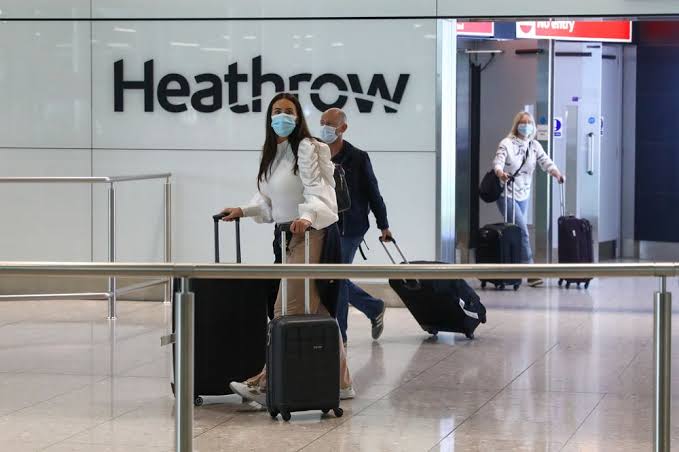 Three socially distant picket lines have been set up at Hatton Cross tube station, in west London, where 350 workers gathered at 1100 GMT with the intention of remaining there for the following 24 hours.

A van will also tour around Heathrow and surrounding areas displaying a mocked up image of Heathrow’s chief executive, John Holland-Kaye, as Dr Seuss’s curmudgeonly anti Christmas creation, the Grinch.

Alongside the image will be the message: “Heathrow Grinch CEO is stealing workers’ wages”.

A total of 1,000 workers are involved in the targeted strike action, which includes firefighters, engineers, campus security, baggage operators, central terminal operators, land side and air side operators.

Only 350 of them will be appearing at the picket lines, however, due to conflicting shift patterns.

The workers’ union Unite has said the strikes are in response to brutal fire and rehire plans, which will see some workers be given annual pay cuts of up to 8,000 British pounds (around 10,600 dollars).

Heathrow has suffered severe losses during the COVID-19 pandemic.

In the nine months to September 2020, it reported 1.5 billion pounds (2 billion dollars) in losses as passenger numbers dropped by 84 per cent.