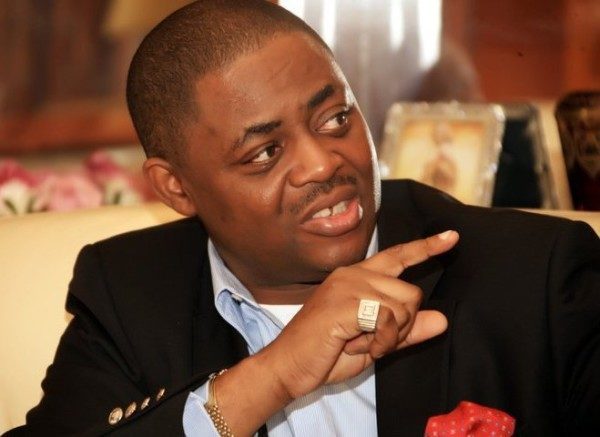 The Federal High Court, Abuja, on Wednesday, refused to grant the Economic and Financial Crimes Commission (EFCC)’s application, seeking for revocation of the bail granted to the former Aviation Minister, Femi Fani-Kayode.

Justice John Tsoho ruled that the medical report brought by the defence counsel, Wale Balogun, that Fani-Kayode was indisposed was sufficient reason to reject the application by the EFCC’s Lawyer, Mohammed Abubakar.

Fani-Kayode is accused by the anti-graft agency of diverting N26 million alleged to have received from the ex-National Security Adviser, Col. Sambo Dasuki (retd.) during former President Goodluck Jonathan’s administration.

He, however, pleaded not guilty to the charge.
At the resumed hearing, Abubakar, who said the matter was for trial continuation, noted that Fani-Kayode was not in court.

The lawyer stated further that the former minister was equally not in court on two previous occasions, which he argued, amounted to jumping of bail.

Abubakar, thereafter, urged the court to revoke Fani-Kayode’s bail and issue a bench warrant against him.

He also prayed the court to summon his surety to show cause why the bail bond would not be forfeited.

However, lawyer to the former minister Balogun, urged the court to dismiss the EFCC’s oral application.

He argued that such application should be filed formally.
According to him, the prosecutor has narrate some facts and such facts should be on record by way of an affidavit.

Balogun further argued that before the commencement of the sitting, he met with Abubakar and gave him two reasons the ex-minister was not in court.

“Unfortunately, he did not mention any of the reasons,” he said.

According to him, I told him that the defendant has been indisposed in the last two weeks.

“I showed him the medical report from the Kubwa General Hospital that the defendant should be on bed rest,” he said.

Balogun said due to the his state of health, he could not attend the sister case in Lagos.

Again, the lawyer said he also misinformed Fani-Kayode about the next hearing date.

“We have advised the defendant that the matter was for tomorrow (Thursday).

“It was our error, I mean the lawyers. I even called him (Fani-Kayle) on phone to the knowledge of the prosecutor but he has not picked.

“I have called him more than 20 times just to tell him that the matter was for today.

“His absence today regrettably is due to our fault, the lawyers’ fault. We apologise.

“We plead passionately with ur lordship that the defendant will be in court tomorrow,” he said.

Balogun added that his absence in the last two proceedings was not his making.

“The defendant has always been coming to court before now.

“The last time, it was beyond him because the airspace was shut down,” he said.

Balogun, who said that the reason for bail revocation must be substantial, urged the court not to grant the prosecution’s application.

Abubakar, who responded on points of law to submissions by Balogun, said issues of bench warrant did not require formal application.

He enjoined the court to take judicial notice of all the reasons adduced for Fani-Kayode’s absence.

Abubakar argued further that the defence counsel, who announced his appearance after he did, had all the opportunity to tell the court why his client was not in court.

He said whatever information Balogun gave the the prosecution on the absence of his client in court “goes to no issue because he is not the court.”

Again, the EFCC lawyer said he did not have Fani-Kayode’s phone number to know if his counsel was calling him.

He also argued that it was the personal responsibility of a defendant on bail, under the law, to know when he should be in court.

“Counsel cannot take responsibility for that,” he said.

Abubakar urged the court to grant his application.

Justice Tsoho then asked Balogun for a copy of the medical report.

In his ruling, the judge disagreed with Balogun that an application for bail revocation ought to have been made orally, citing the law to back the decision.

He also agreed with Abubakar that the defendant had personal responsibility to his case.

The judge, however, said that the reasons giving by the defence counsel for the absence of his client on the two previous occasions when the court sat were justifiable.

Besides, Tsoho, who ruled that the medical report was sufficient to justify the absence of Fani-Kayode in court, declined to grant the EFCC’s application.