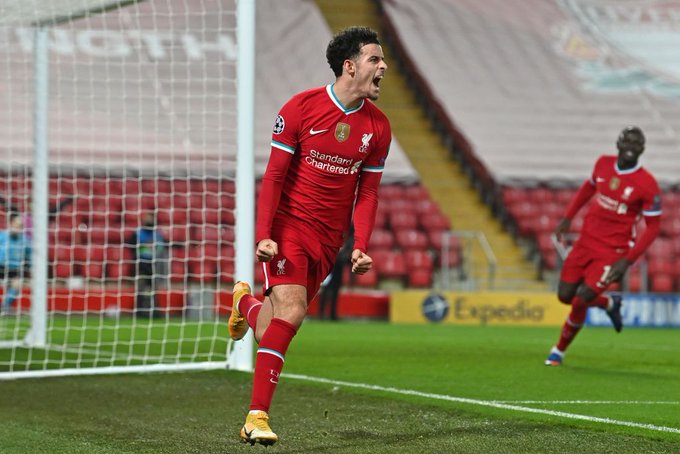 Curtis Jones sent a depleted Liverpool through to the Champions League last 16 on Tuesday, while Zinedine Zidane dismissed suggestions he might walk away from Real Madrid after another defeat by Shakhtar Donetsk left their European hopes in the balance.

Liverpool were without a host of key players for the visit of Ajax to Anfield in Group D, with 22-year-old Irishman Caoimhin Kelleher starting in goal in the absence of Alisson.

Teenager Jones scored the only goal just before the hour, tucking the ball in after Ajax ‘keeper Andre Onana thought he could afford to let a Neco Williams cross sail over his head.

The result was vital for the Premier League champions after their home loss to Atalanta a week ago, and it allowed them to secure a spot in the knockout phase.

“Honestly since I was at Liverpool that feels like one of the biggest Champions League nights. Without supporters in, it was the most important, most difficult, most exceptional,” Liverpool manager Jurgen Klopp told BT Sport.

They will go through as group winners after Atalanta had to come from behind to draw 1-1 at home to Midtjylland, Cristian Romero heading in a late equaliser in response to Alexander Scholz’s thumping opener for the Danes.

Atalanta are a point clear in second from Ajax, with the sides meeting in Amsterdam in their last game next week.

Meanwhile, Real Madrid could yet be consigned to a similar fate after they went down 2-0 to Shakhtar in Kiev, their second defeat this season by the Ukrainians.

Shakhtar had lost their last two Group B matches against Borussia Moenchengladbach by an aggregate score of 10-0, but now move above Real into second place with one game remaining.

Gladbach are top by a point, while Shakhtar have the upper hand on Real thanks to their superior head-to-head record.

Christmas: Stay where you are, PTF advises