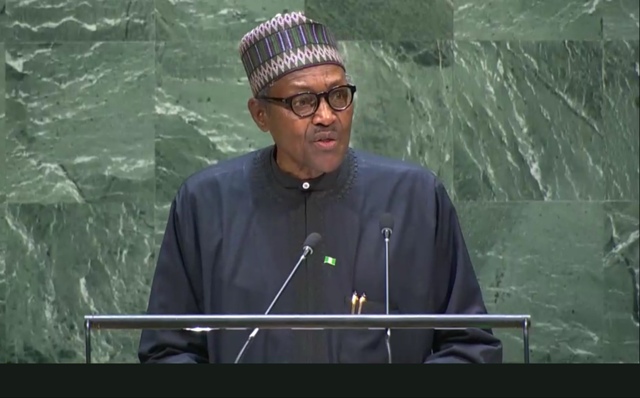 President Muhammadu Buhari has urged African leaders to always do the right thing to enhance democratic culture in the continent.

Mr Femi Adesina, the President’s Special Adviser on Media and Publicity, in a statement, said Buhari gave the advice on Thursday when he received the President of the Republic of The Gambia, Adama Barrow.

Barrow was on a courtesy visit in the Presidential Villa, Abuja.

The Nigerian leader said it was the least the country could do to lead an ECOWAS onslaught against the sit-tight President.

Nigeria played a key role in ousting former President Yahya Jammeh who refused to accept results of the election he lost in 2016.

Buhari pledged Nigeria’s support to The Gambia as it prepared to go to polls next year.

“The future of our countries lay in our hands. We must respect our people and appreciate their support.

“And when people do the right thing, they do themselves a lot of favour.

“I was in Gambia physically at least two times; it was the least we could do to stabilise the region.

“We have accepted multi-party democracy and we must comply with its tenets.

“We are dealing with our own troubles here, but we will continue to support you bilaterally and through ECOWAS,” the president was quoted as saying.

The Gambian President, while fielding questions from State House correspondents, said his visit was to thank Nigeria, once again, for its multifarious help.

Barrow noted that the support had been unflinching since he got to office in 2017.

“You have given us technical support in the Ministry of Education, in Ministry of Justice and in many other areas; we are grateful,” the Gambian president said.

Barrow said his country was recovering from 22 years of dictatorship, security problems, lack of infrastructure and a parlous economy.

He said that a Truth and Reconciliation Commission was already sitting to redress injustices of the past.

“We have the Truth and Reconciliation Commission going on and we have the security sector reform going on in The Gambia.

“Basically, this is what we discussed and this is why we are here to update Mr President because Nigeria has been very, very supportive.

“Nigeria has been a very good brother. Nigeria has given a big brother support in different areas; technical assistance, judicial, education sector and the economic team in The Gambia.

“If you want to thank a farmer, the best place to thank him is to come to his farm; that is why we are here, to thank Mr president.

“Things would have been very difficult for us without the invaluable support you gave,” Barrow said.