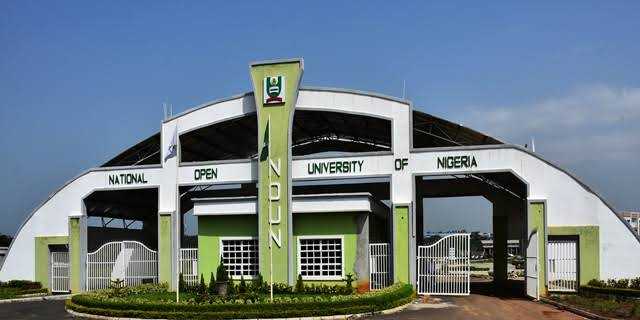 Prof. Olufemi Peters has emerged as the new Vice-Chancellor of the National Open University of Nigeria (NOUN).

A statement issued on Friday by the Director, Media and Publicity, NOUN, Mr Ibrahim Sheme stated that Peters, a Professor of Chemistry, and of Ogun state origin, emerged after defeating six other candidates in a keenly contested election.

Peters, a former Deputy Vice-Chancellor of NOUN, is expected to take over the reins from the outgoing Vice-Chancellor, Prof. Abdalla Adamu, whose five-year single tenure would elapse on Feb. 10, 2021.

Sheme stated: “Professor Peters, boasts an impressive track record of academic excellence spanning three decades, including many competencies in the area of ODL.

“He has over 60 published works, 44 of which are Journal articles, and the remaining are peer reviewed published proceedings and technical reports in the fields of chemistry, polymer science and technology, as well as agriculture.

“He has also published works in ODL in peer reviewed international and local journals; He holds a PhD (Degradation and Stabilisation in Polymers) from Victoria University of Manchester, Institute of Science and Technology (1988), United Kingdom.

“Peters holds a Bachelor’s degree (Second Class Upper) in Chemistry from University of Ibadan (1979), and a Masters’ degree in Polymer Science and Technology from Ahmadu Bello University (ABU), Zaria, (1982).

“The newly elected VC is the owner of a Google scholar index of 8, and has supervised a total of 16 postgraduate students, seven of whom were doctoral candidates (four of whom are now professors).

“Aside from having been a member of the Nigerian Economic Summit Group (2007), he is also a member of other professional bodies,” the statement quoted Sheme as saying.

According to Sheme, Prof. Peters belongs to the Polymer Institute of Nigeria (PIN); the African Council for Distance Education (ACDE); the Materials Science & Technology Society of Nigeria (MSN), and the Institute of Public Analysts of Nigeria (IPAN).

He also said that Peters had contributed to scientific innovations by co-designing and constructing a locally made (made-in-Nigeria) 600 Gloss-metre for determining gloss levels of surfaces, including that of the human skin.

“He led the team that patented a diatomaceous earth (DE), non-toxic grain-protectant, trademarked NSPRIDUST® which can protect stored agricultural grains for 16 months.

“The prof. has over 40 years of post-graduate experience in teaching, research, administration and management of higher education in general and in Open, Distance and eLearning (ODeL) in particular.

“He also served variously at the national level as member and chairman of a number of committees for the Standards Organisation of Nigeria (SON) (1990 – 1991), and at Raw Materials Research and Development Council (RMRDC) (1992-2001),” Sheme further stated.