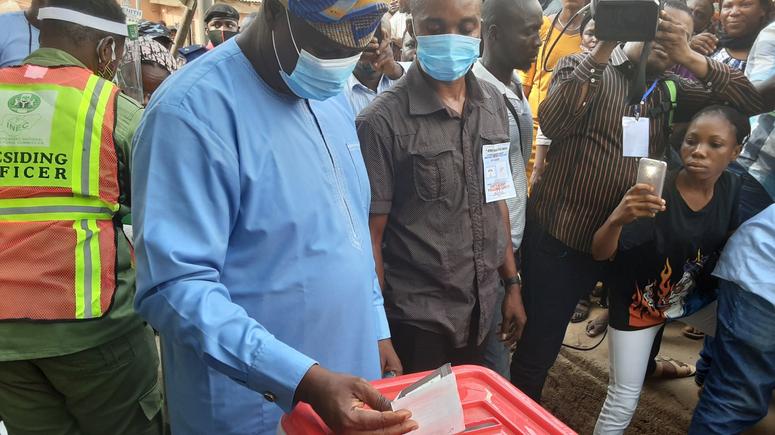 Gbadamosi made the call while speaking with newsmen shortly after voting at his Polling Unit 014,Ward 01, Allyson/Ogunsanya Street, Ikorodu.

It was reported that Gbadamosi, dressed in blue kaftan, voted at 9.33a.m.

He described the situation at his polling unit and others around it as calm, but said he was disturbed by reports of violence he got from some areas.

“So far it is somewhat calm around here, but I heard there were disturbances.

“In some other areas around there, there were reports of some disturbances, perhaps by thugs.

Gbadamosi decried what he called late kick-off of the election at his polling unit and some others around it.

He said the election which was supposed to start from 8.00a.m. did not begin until 9.22a.m. at his polling unit.

The PDP candidate said the late start of the election, together with poor turnout of voters, was worrisome.

He appealed to registered voters in the senatorial district to come out and vote for candidates of their choices.

The PDP candidate said the elections were opportunities to choose representatives that would serve the people’s interests.