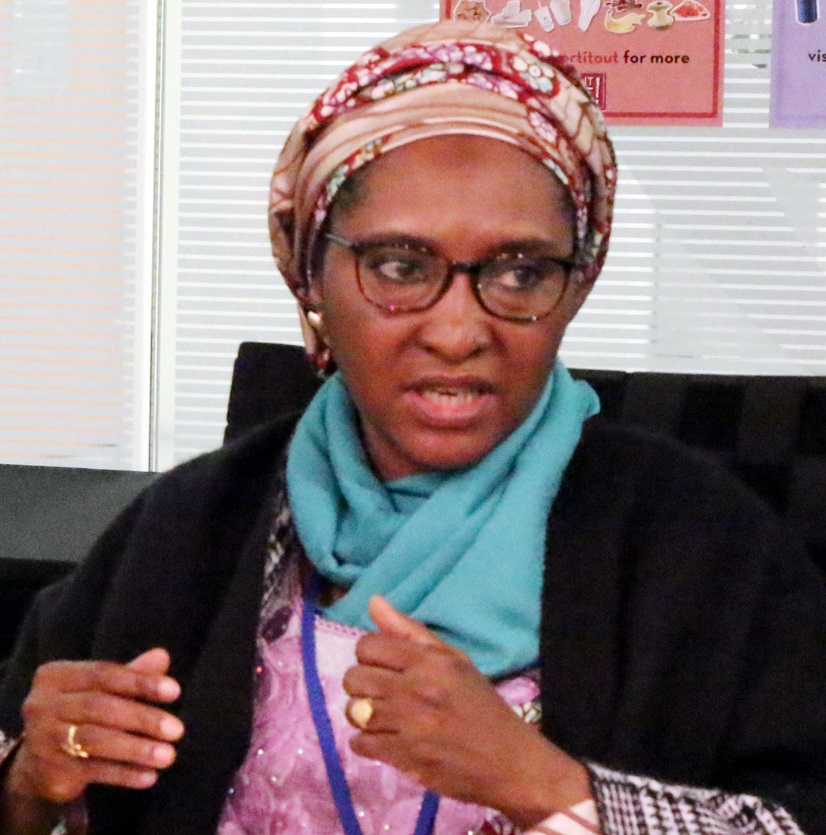 The Federal Government on Monday advised state governments to use opportunities offered by the impact of COVID-19 pandemic to strategise and reposition their fiscal revenue management systems for the ‘new normal’ era.

Ahmed said that the impact of COVID-19 on the economic and fiscal revenue outlook for 2021, presented a significant opportunity for states to strategise and reposition their fiscal revenue management systems.

She said that though Nigeria’s economy was in a recession, “global analysts posit that Nigeria remains the fastest growing economy in Africa.

“Furthermore, business and economic indicators anticipate that the country’s path toward economic recovery will commence in the fourth quarter of 2020.

“Overall, economic analysts have predicted that the global economy will recover in 2021, especially with the positive outcomes of the race toward the discovery of a vaccine.

“For Nigeria, economic analysts forecast that the economy will experience positive growth in the first or second quarter of 2021.

“Going forward, the impact of COVID-19 on the economic and fiscal revenue outlook for 2021 presents a significant opportunity for states to strategise and reposition their fiscal revenue management systems for this era called the ‘new normal’.

“Fiscal reforms are important now, more than ever, to mitigate against current and future risks, bearing any future pandemics or other global crises,” the minister said.

Ahmed said that considering the impact of COVID-19, the revenue outlook for 2021 depended on the willingness of state governments to embrace the right tools, technology and strategies to transform.

She said that it was also depended on states’ willingness to enhance and strengthen revenue growth and sustainability and adopt cost optimisation plans.

The minister said the federal government had embarked on fundamental strategies that comprised wide-ranging reforms in its tax policies and administration in the last few years.

These according to her includes, the Finance Act 2019 and Finance Bill 2020 which brought significant changes and consolidation to tax administration and management in the country.

“Some of the other ongoing initiatives of the Federal Government include the Integrated Revenue Monitoring System.

“The implementation of the National (Single Window) Project; and the full nationwide adoption of the Joint tax Board – TIN.

Ahmed said that with those initiatives, government sought to chart a new course for the tax system while addressing tax encumbrances for individuals and businesses in Nigeria.

She said that technology modules were being developed, while more digital tools were being adopted and deployed across the spectrum of the revenue generation agencies of the Federal Government.

“Indeed, the use of technology has led to significant improvements in revenue generation and cost optimisation in the medium term.

“The overarching aim of the federal government is to achieve revenue growth and sustainability for the foreseeable future,” Ahmed said.

The NGF Chairman and Governor of Ekiti, Dr Kayode Fayemi, said that the IGR of the 36 States and the Federal Capital Territory (FCT) recorded 11.7 per cent negative growth in the 2020 half-year year-on-year IGR performance.

Fayemi, however, disclosed that three states: Ebonyi, Gombe and Yobe, recorded more than 50 per cent growth in spite of the overall decline.

“This year has presented us with a perfect storm of difficulties to deal with – from a health pandemic to the second economic recession in five years.

“Unfortunately, the decline in oil prices that followed the global lockdown and the social unrest which echoed the demands of the #ENDSARS protests further worsened the country’s economic and social conditions for months.

“This exacerbated the already vulnerable fiscal environment for governments at both the national and sub-national level,” Fayemi said.

Fayemi said that the governors tried to tackle the challenge by working with the federal government, international partners and the private sector to deliver the necessary response needed to contain the COVID-19 and ease off its impact on the lives of the citizens.

Fayemi expressed hope that the three states that recorded growth in their IGR would share their experiences with others.

He added that the NGF was actively working with the Federal Ministry of Finance, Budget and National Planning on the provisions of the bill, especially those impacting state taxes and jurisdiction.

“Already, most states have passed a consolidated state revenue code as required under the World Bank SFTAS Program for Results (P4R), but more importantly to limit the incidence of multiple and illegal taxation.

“This implies that taxes, levies, fees and charges in these states are now harmonised,” he said.

The meeting was attended by commissioners of Finance and Heads of Tax Authorities from the 36 States and the FCT.

IPMAN directs members to sell PMS at N162 in Kano