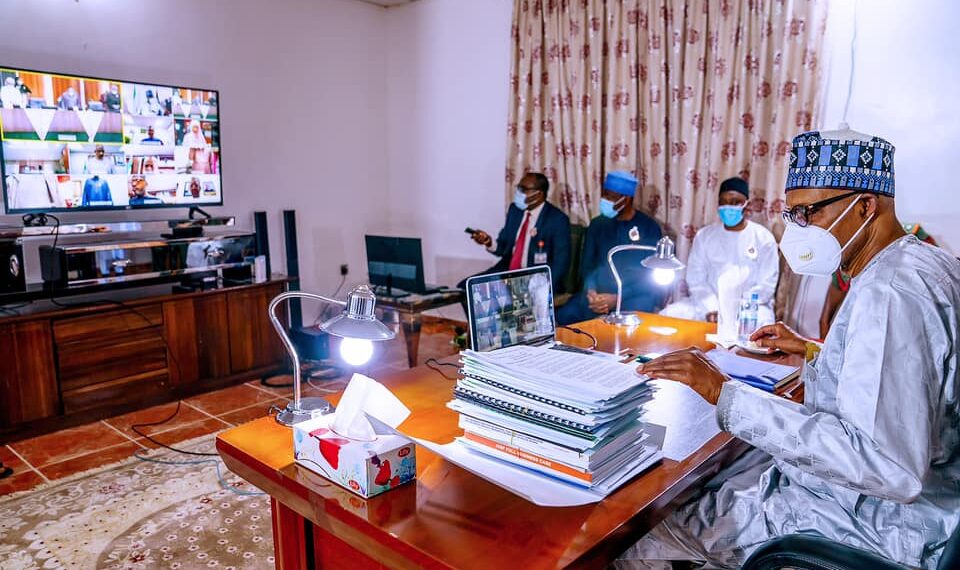 President Muhammadu Buhari is participating online in the 28th meeting of the Federal Executive Council (FEC) from his country home in Daura, Katsina State.

It was reported that the meeting which commenced at about 10 a.m., is presided over by the Vice-President, Prof. Yemi Osinbajo.

The virtual meeting is taking place at the Council Chamber of the Presidential Villa in Abuja.

The meeting is the first time the president would be participating virtually from his Daura country home since he assumed office in May, 2015.

Other participants in the meeting include the Chief of Staff to the President, Prof. Ibrahim Gambari, and the National Security Adviser, retired Maj.-Gen. Babagana Monguno.

Other members of the cabinet physically attending the meeting are the Attorney-General of the Federation and Minister of Justice, Mr Abubakar Malami, Minister of Information and Culture, Alhaji Lai Mohammed, and his Works and Housing counterpart, Mr Babatunde Fashola.

It was reported that the Secretary to the Government of the Federation, Mr Boss Mustapha, was represented at the meeting by Hajiya Habiba Lawal, Permanent Secretary of the Ecological Fund Office.

The Head of the Civil Service of the Federation, Dr Folasade Yemi-Esan, and other ministers are also participating in the meeting from their various offices in Abuja online.

It was learnt that about 33 items are on the agenda of the meeting.

Buhari is expected back in Abuja on Dec. 18.