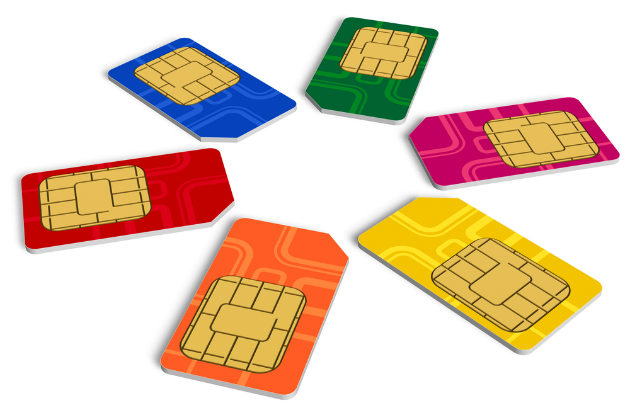 Subscribers and stakeholders in the telecommunications industry on suspensionWednesday expressed mixed feeling on the suspension of sales and registration of Subscriber Identification Modules (SIM) cards as directed by the Nigerian Communications Commission (NCC).

They spoke in separate interviews with our reporter in Lagos.

The Minister of Communications and Digital Economy, Dr Isa Pantami, through Nigerian Communications Commission (NCC) on Dec. 9, announced the suspension of sales and registration of new SIM cards for an audit of the subscribers’ registration database.

Mr Tunmise Olorunda, a self-employed, said that the ban was coming at a time when stealing of phones was becoming rampant and there would be need to retrieve lost SIM cards which might be very difficult.

Olorunda said that the directive on sales and registration of SIM cards would affect businesses.

According to him, in as much as the populace understand the need for the new directive, regularisation of old SIM cards should be given priority and a more flexible way put in place to retrieve SIM cards.

Mr Segun Alabi, an agent of one of the GSM operators at Tejuosho Modern Shopping complex, Yaba, said that the new directive had seriously affected his business because his means of livelihood had been put on hold.

“This directive has reduced my daily income from new SIM cards.

“NCC should complete the subscribers’ database auditing exercise on time so as to make dealers to get back to our normal work,” he said.

Speaking on the issue, Mr Oyelade Ahmed, another operator’s agent at Apapa Road, Lagos, pleaded with government to consider the unemployed youth that took SIM card registration as a job to sustain themselves.

“Government should consider the unemployed youth that are getting their daily meal from SIM card registration by concluding the subscribers’ database audit on time,” he said.

A subscriber, Mrs Grace Adigun, who is also a trader at Tejuosho Modern Shopping Complex, Yaba, said that the stress of going to mobile telephone network operators’ (MNOs) offices before a line could be retrieved was huge considering the crowd waiting to be attended to.

“Government should allow roadside agents to do SIM card recovery for subscribers to avoid the spread of COVID-19 that can occur as a result of crowd at MNOs offices,” she said.

Mr Aramide Sefiu, a civil servant, however, said that the directive on new SIM card registration suspension was a good step in the right direction for security reasons.

“With the rate of kidnapping and other crimes we are experiencing in the country in recent times, the government needs to take this crucial decision.

“Government must for now bring sales of pre-registered SIM cards to a halt in this country for security reasons.

“Proper sanction should be invoked against any erring MNOs that sabotages the country’s security system after this subscribers’ database auditing exercise.

A source in one of the mobile network providers said that the network had adhered to the directive to stop the sales and registration of SIM cards by the NCC immediately.

“We are hoping that it would be regulated on time so that the portal will be reopened for people willing to be on our network.

Also reacting to the directive, the Association of Licensed Telecommunications of Nigeria (ALTON) in a statement appealed to subscribers to exercise patience.

Gbenga Adebayo, chairman of the association said that any inconvenience that the directive could cause was regrettable and sought the understanding of Nigerian subscribers.

“ALTON further assures the public of its members’ cooperation and compliance with the NCC and Federal Government’s directive,

He said the association would partner the mobile network providers toward an expeditious conclusion of the audit exercise.

Speaking on the the NCCs requirement concerning the National Identification Number (NIN) to be provided before SIM card could be retrieved, Mr Segun Ogunsanya, Chief Executive Officer, Airtel, said that the directive would be strictly adhered to.

According to him, Airtel puts compliance ahead of revenue, adding that if it would assist to create a good environment, it would be done.