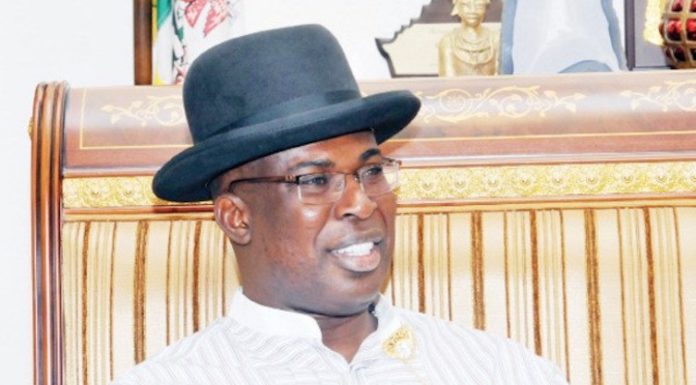 Sylva, who gave the assurance while inspecting the AKK project on Zaria-Kano road, said he was impressed with level of work executed so far and urged the contractors to sustain the tempo.

“For me I see this project as a transformation of change and revolution that will create a lot of jobs and employment opportunities.

“This project will lead to a lot of development for Nigeria. With the completion of the project, a lot of businesses will spring up in the country,” he said.

On her part, the Minister of Finance, Budget and National Planning, Hajiya Zainab Ahmed, said the 614km-long pipeline being developed by Nigerian National Petroleum Corporation (NNPC) would transport natural gas from southern Nigeria to central Nigeria.

“It is being developed as part of Nigeria’s Gas Master Plan to utilise the country’s surplus gas resources for power generation as well as for consumption by domestic customers.

Ahmed commended the contractors for the work so far done adding, “Five kilometers in five months is a commendable feat.”

She expressed delight over the engagement of people on the pipeline project especially the locals in the area.

The minister assured of adequate financing for the project to ensure its speedy completion.

Also, the Group Managing Director of the NNPC, Mr Mele Kyari, said that the project would create a link between the Eastern, Western, and Northern regions of Nigeria.

Kyari said that the pipeline would establish a guaranteed gas supply network between the South and the North of the country, with an estimated cost of $2.8 billion.

Gov. Nasiru El-Rufai of Kaduna State said that the project would provide lots of opportunities for the youth in the state.

El-Rufai, represented by the Commissioner, Business Innovation and Technology, Mr Idris Nyam, said that the state government would provide the needed support to speed up its completion.

He commended the Federal Government for initiating the project, saying the youth in the state would benefit immensely from it.

It was reported that the AKK Project is being implemented through a Build-Operate-Transfer, Public-Private Partnership Model, whereby the contractor provides 100 per cent of the capital.

The project, expected to be completed within 24 months, would enhance industrial development and promote local manufacturing through the utilisation of the country’s widely available gas resources.

It is also expected to reduce the large volume of gas flared annually throughout the country, thus minimising environmental impact.

The project would incorporate three phases, with the intention of providing gas for domestic and commercial electricity generation.

The first phase would be constructed between Ajaokuta and Abuja and run for 200km at an estimated cost of $855 million.

The second phase would comprise a 193km section, to be built between Abuja and Kaduna at a cost of approximately $835 million.

The phase three is the construction of 221km pipeline between the Kaduna terminal gas station (TGS) and Kano TGS, for an estimated cost of $1.2 billion.

The NNPC had stated that the AKK Pipeline would be fed from existing gas production facilities and provinces.

According to the NNPC, the project, when completed, would inject up to 2.2 billion standard cubic feet of gas per day into the domestic market

It said that the project would also facilitate 3,600MW of power generation capacity to the national grid, which would enhance domestic utilisation of natural gas, revitalise textile industries and contribute to the country’s overall socioeconomic development.

On a regional scale, the AKK Pipeline comprised phase one of the Trans-Nigeria Gas Pipeline (TNGP), a 1,300km natural gas pipeline constructed between Nigeria and Algeria.

Considered the largest gas pipeline to be initiated in Nigeria to date, the TNGP would transport between 11 and 24 million metric cubic meters per day of natural gas, in turn, forming part of the Trans-Saharan Pipeline system.

The project, according to NNPC has the potential to increase electricity generation capacity and revenue, as well as boosting employment opportunities by over three million jobs.

President Muhammadu Buhari who launched the construction of the pipeline in a virtual address in July, said the project would bring economic benefits to the country through job creation.

Buhari stated that the jobs would be available in the form of direct and indirect employment, the strengthening of the energy sector, and the facilitation of declining industries.